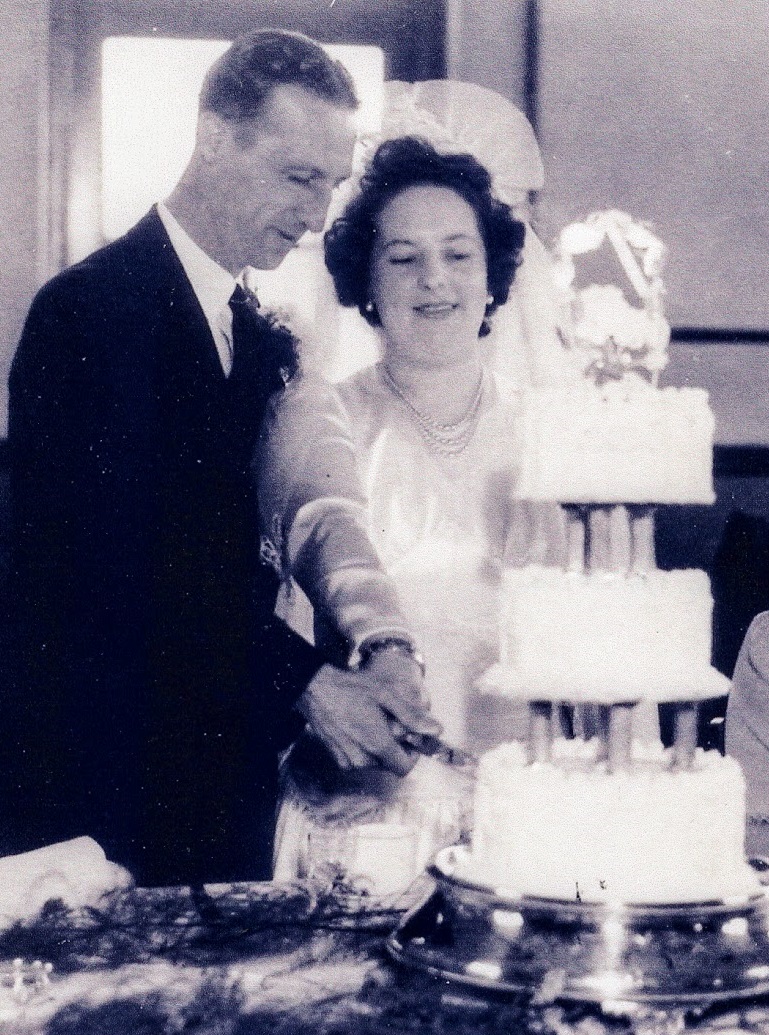 Thief convicted of stealing more than £100,000 from his dying mother-in-law who served her country in the Second World War

A callous thief has been convicted of stealing more than £100,000 in cash and insurance policies from his mother-in law – a widowed war hero who was dying from dementia.

Mary had served in the British Army Catering Corps during The Second World War where she met her soldier husband Anthony.

During her time in the military she travelled across Europe and was even credited with preventing the explosion of a bomb on an allied train.

Mary was sadly left widowed when Anthony died aged just 59 in 1977 before she became reliant on her family for support as she suffered from dementia.

Downs took control of her financial matters but secretly made a number of small payments into his own accounts.

He gave Mary, who lived in sheltered accommodation in Benton, money to spend each week and bought her groceries and clothing.

When the family asked for her to be moved into a care home set up especially for war veterans they were told by Downs that it wasn't a good idea.

The deceit – which occurred over eight years – came to light months after Mary’s death when her daughter, and Downs' sister-in-law, Gwenda and granddaughter Angela asked about any inheritance.

Downs told them he would let them know but months went by without any word and eventually Angela confronted him and demanded to see copies of the accounts.

When he failed to present the documents she contacted detectives at Northumbria Police who then uncovered the huge fraud.

Downs, of Saint Bedes, East Boldon, admitted two counts of theft at Newcastle Crown Court on January 14 and will be sentenced by a judge later this month.

Now Mary's granddaughter, Angela, has said her war-hero gran "deserved a life of luxury" but instead her own uncle had left her without a penny to her name.

She said: "This case was never about the money. It was about the fact a woman who dedicated her life to her country was left to die in poverty.

"My grandmother deserved a life of luxury and should have had anything she wanted but instead a person she trusted ended up stealing all her money.

"She was vulnerable, lonely and suffering from dementia but my uncle took advantage of that for his own financial gain.

"He has torn our family apart and I will never be able to forgive him for how he treated my grandmother. I am glad that he will now be held accountable for his actions."

Following the conviction, Detective Constable Frank Cox described the case as an “appalling breach of trust” and said Downs deserved to be put before the courts.

DC Cox, who works in Northumbria Police’s Central CID, said: “Mary Garvey was a frail and vulnerable woman whose life was very much in the hands of Ian Downs.

“She had spent years dedicating her life to her country, she was a popular figure in Newcastle city centre as a pub landlady and her family were the most important thing to her.

“The defendant has taken advantage of his position of trust for the best part of a decade during which time he lived off the money he stole from Mary.

“In the weeks before he was due to appear in court he has attempted to pay some of it back but ultimately he has now been held responsible for his crimes.

“This case comes as a reminder of how low some people will sink if it means they can benefit themselves so if you have suspicions then we would urge you to contact police.”

Speaking about her grandmother, Angela said Mary was a war hero who always put her family first.

She added that Mary adored her husband Anthony who had served in the Durham Light Infantry during the Second World War.

Angela said: "My grandma was a lovely lady who had suffered from dementia in her later years but served honourably in the Second World War.

"Throughout her life she was a strong and purposeful woman who had been through much but had nevertheless married her wartime sweetheart.

"She went on to be a mother of two girls and a grandmother to two more. I loved her, and still do love her, very much.

"Her values were to work hard, save for the future and put her family first. She and my grandad worked hard and earned every penny they ever had.

"They didn't have it easy and never squandered what they earned. My grandad knew that through work came self-sufficiency and self-esteem.

"I’m blessed I had the opportunity to tell her she was going to become a great-grandmother for the first time. I will never forget that day and that conversation.

"Sadly she passed away shortly afterwards before she was able to hold her great-grandson, I’m sure she would have loved him."

A year after the start of the Second World War, Mary joined the Auxiliary Territorial Service, the women’s branch of the British Army, at the age of just 22.

She later joined the Army Catering Corps and it was here that she met her future husband Anthony who himself was just 23-years-old when he joined the British Army in February 1940.

The pair met in a Welsh training camp where they fell in love. They were separated by their postings but met again later in a British Army camp based in Germany.

After the conclusion of the war the pair married and moved to the North East where they spent the rest of their lives as publicans in Newcastle city centre where they ran The Golden Eagle.
Downs is due to be sentenced at Newcastle Crown Court on February 27.