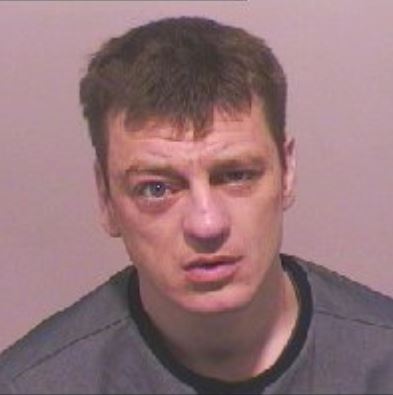 A man who savagely sliced open a man’s throat and left him lifeless on the living room sofa has been jailed.

The victim required life-saving surgery due to the severity of the injuries, as his trachea and neck muscles were laid bare from the six-inch wound.

Last month, Sayers was found guilty of grievous bodily harm and possession of an offensive weapon following a trial at Newcastle Crown Court.

On January 28, he was sentenced to 10 years in jail with an extended license of five years.

Detective Constable Graham Laverick, of Northumbria Police, said: “This was a vicious attack that left the victim with catastrophic neck injuries.

“The wound was so deep that his windpipe was visible when emergency services arrived. We could so easily have been looking at a homicide investigation.

“Daniel Sayers is a dangerous individual who willingly carried a knife and inflicted significant injuries on his victim as a result of his own frustration. There can be little doubt that the city is safer with him behind bars.

“This was an incredibly difficult case, with a number of key witnesses reluctant to give and even retracting evidence out of fear of possible repercussions against them.

“As a result, a team of experienced detectives worked very hard to piece together the events that led to this nasty attack and ensure Sayers was brought to justice for his crimes.”

The court was told Sayers and a group of friends were drinking alcohol in a house on Tel El Kebir Road into the early hours of August 1 last year.

However, a disagreement broke out between Sayers and a 48-year-old man shortly after 3am which then quickly escalated.

Incensed over a supposed debt owed to him, Sayers then slashed across the victim’s throat with a curved silver blade – causing significant injuries.

The court was told that before making off, Sayers then  threatened witnesses inside the house if they attempted to contact police.

Sayers, of no fixed abode, was arrested hours later but refused to cooperate with police upon interview.

Last month, he denied charges of wounding with intent to commit grievous bodily harm and possession of an offensive weapon but was found guilty by a jury on both counts.