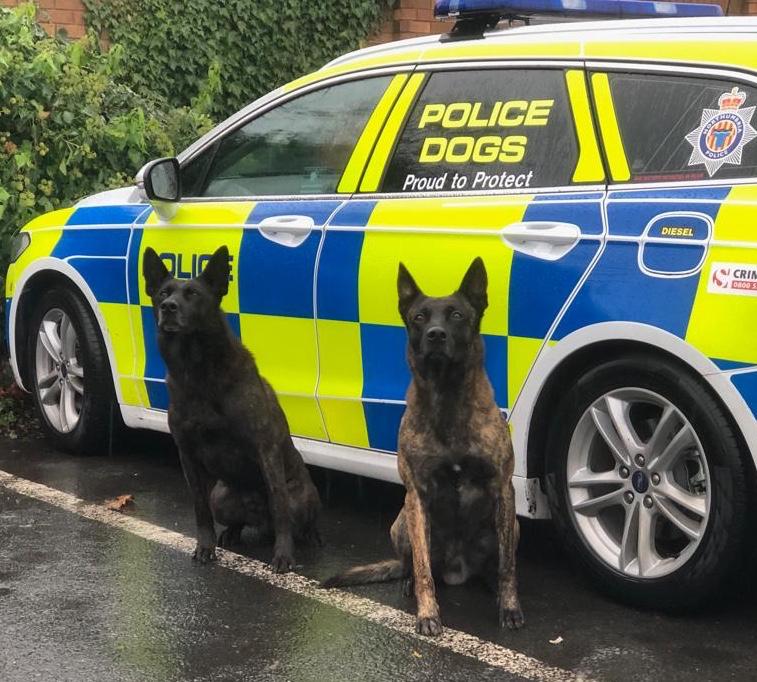 A brave police pooch has passed a specialist doggy exam - to follow in his dad's footsteps in the fight against crime.

PD Milo is one half of a father-son partnership responsible for keeping the streets of the North East safe from criminals.

The four-and-a-half-year-old Dutch Shepherd joined Northumbria Police as a general purpose dog in 2014 and has already had a string of great results.

He works alongside his dad Krush who recently went viral for balancing Mini Cheddars and sausages on the end of his nose.

But in his time at work, Krush is also a specialist firearms dog which means he is deployed in some of the most dangerous situations alongside armed officers.

Now Milo has followed in his dad's footsteps after he passed a firearms course at the Follingsby Park tactical firearms centre last month.

Handler PC Aaron Curry said he will now join his dad as one of the elite members of the Force's Dog Section - deployed on the frontline in a major incident.

He said: "Milo is a great police dog and clearly comes from a family who have the perfect characteristics for a working police dog.

"He is loyal, very intelligent and most importantly he loves to work a shift and help us keep the local community safe.

"His dad has stolen the limelight in recent weeks with his balancing ability so I think Milo was keen to do him proud and get some recognition of his own.

"The firearms course he has now passed is not easy and only a small handful of our dogs will be obedient enough to work with our armed officers.

"Ultimately Milo and Krush are the dogs that will be deployed to a firearms situation, whether that is to support an investigation or respond to a live firearms incident.

"I made sure I saved him one of the turkey legs at Christmas as a bit of a reward - that's after I managed to stop his dad from balancing it on his nose!"