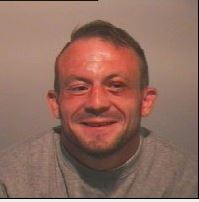 A burglar who spent Christmas in the cells after featuring in our festive wanted campaign has been sentenced to more than two years in prison.

Daniel McKay, 30, raided a flat in Vallum Place, Gateshead, on the evening of June 30 last year.

McKay loaded up bags of belongings before he was confronted by the occupant, who subsequently escorted the burglar out of the property.

The victim later found cash had been taken from the flat, and reported the incident to police.

Last month (December), McKay’s image was circulated across social media as part of a festive initiative to trace a number of people the Force wanted to speak to in connection with suspected burglary offences.

More than 4,000 people shared the police appeal to locate McKay on Facebook and Twitter, which led to his eventual arrest. He was subsequently charged with burglary and remanded into custody.

Last week (January 16), McKay, of Gateshead, admitted the offence at Newcastle Crown Court and was jailed for 876 days.

Detective Chief Inspector Jonathan Bensley, of Northumbria Police, said: “Even though there was a light-hearted element to our campaign with some well-known Christmas lyrics used in our posts, the message was clear – if you are suspected of committing a crime, we’ll do our best to track you down.

“McKay was the first suspect located and subsequently brought into custody as a result of that campaign, and that was made possible because of the public’s support and information provided to police.

“Today, as a result of the public’s diligence and response, McKay is behind bars.

“Burglary is an incredibly emotive crime that can make families feel frightened and anxious when in their own homes. As a result, we take this type of offence incredibly seriously and it’s important that the public know we are committed to bringing perpetrators to justice.”