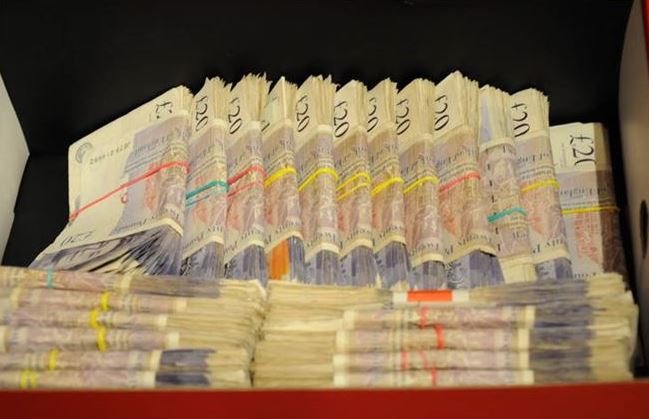 Cash, luxury jewellery and vehicles seized in the fight against organised crime

What do four Rolex watches, a bag stuffed with £125,000 cash and a five-berth motorhome have in common?

They’re all items seized in the past year by officers working in the North East Regional Asset Recovery Team (RART) because it is believed they are linked to serious and organised crime.

The items have been seized on suspicion of being bought with laundered money, while the cash is suspected to be the profit from criminal activities.

The team, which was first set up in 2004 is made up of officers from Northumbria, Durham and Cleveland Police who work in Nersou, (the North East Regional Special Operations Unit.) Under the Proceeds of Crime Act the team is allowed to enter a person’s home and seize items to the value of their suspected criminal empire.

Nothing is off limits – from the clothes in the wardrobe, jewellery in the safe and the cars parked on the driveway. In recent years, financial assets including pensions and insurance policies have also been frozen and seized.

This is just another tool in Northumbria Police’s armoury to target serious and organised crime. It is carried out under the Operation Sentinel banner, the Force’s dedicated initiative highlighting the work which goes into tackling this kind of activity.

The team's role and the role of the asset recovery team (ACE) is to tell the courts how much money they believe an individual has made from crime and what their available assets are. In some cases like drug trafficking and large-scale fraud, the teams can delve back six years into a suspect’s financial history and they have to prove their cars, holidays, events such as weddings and any property bought have all been acquired legally.

Detective Sergeant Tommy Maughan, a lead for the North East RART, said: “The Proceeds of Crime Act changed the state of play for us. It allowed us to continue to go after individuals involved in serious and organised crime even after they have been brought before the courts.

“For some hardened offenders, a prison sentence might not seem like much of a deterrent anymore as they know once they get out they are going back to their nice home, their new car and their bank account. But not anymore.

“We can seize valuables and assets and auction these off making sure victims of fraud and theft are fully reimbursed and those responsible are the ones who pay.”

The teams can even revisit cases which means if an offender does not have the means to pay their full proceeds of crime bill on the date it is asked for, they can expect a knock on the door in the future, should they ever come back into money.

Det Sgt Maughan also asked for people to be vigilant in their communities and report anything they think might be suspicious, such as people appearing to live well beyond their means.

He added: “People might think we’re harsh revisiting offenders who have technically ‘done their time’ but we’re looking at the bigger picture here. If you have defrauded an elderly couple to the sum of £100,000 why should you only pay back £2,000? We’re here to make sure crime definitely doesn’t pay. If you suspect someone is using criminal money then give us a call.”
In the past year, the North East RART has had £262,055.05 paid from revists alone, with the largest amount paid from an individual totalling more than £50,000.

Over the same period, new court orders totalled more than £2.6 million and the benefit from crime is in excess of £30 million, meaning those criminals who can be revisited, will be monitored and taken back to court should they come into any new assets.