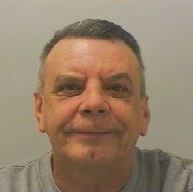 A man who went on the run from police for 14 months has been jailed for 16 years after admitting his part in a multi-million drug operation.

In August this year four men were jailed for their part in a conspiracy to supply £2.7 million of cocaine across the North East.

Nicholas Casselden, Paul McGovern and Dean Wear were convicted by a jury at Newcastle Crown Court in June after a three week trial. A fourth man, Anthony Carr, also admitted his part in the conspiracy.

They were arrested in 2017 following a year-long investigation by detectives at the North East Regional Special Operations Unit (NERSOU) as part of Operation Sentinel, the region’s crackdown on serious and organised crime.

Leslie Moulden, 59, was also charged with conspiracy to supply Class A drugs. He was bailed to appear in court in July 2017 but failed to turn up to his hearing.

Detectives tracked him for more than a year and in his absence the other four defendants were sentenced to a total of 38 years behind bars by a judge.

The search for Moulden, of Dilston Grange, Wallsend, continued and in September he was finally arrested in Leeds after detectives trying to trace him received intelligence he was staying in the city.

Now, he has been jailed for 16 years at Newcastle Crown Court after admitting his part in the drugs conspiracy, as well as a further charge of absconding while on bail.

He said: “Leslie Moulden was a sophisticated criminal who absconded whilst on bail and spent 14 months on the run from police.

“He was arrogant enough to think that he would never be caught but the reality is that the law will always catch up with those who flout the law.

“His sentence was aggravated by his failure to face up to his crimes. Ultimately, Moulden is not far from his 60th birthday and will now a significant period of the rest of his life in prison.”

As part of the sentencing at Newcastle Crown Court today Moulden was also made subject to a confiscation order under the Proceeds of Crime Act.

He was made to pay back more than £23,000 that includes money from his bank, pension fund and cash generated from the sale of two Rolex watches owned by Moulden.

DCI Colling added: “This was a sophisticated and organised operation which ferried drugs from Merseyside to the streets of Tyneside.

“We have dismantled their criminal organisation and it was a priority for us to make a bid to confiscate their assets under the Proceeds of Crime Act.

"Cocaine is an incredibly addictive drug, which causes untold physical harm to those who abuse it. Not only does it ruin people’s lives but it has a devastating social impact on our communities

"With these men behind bars we have been able to prevent those drugs from flooding our region and means the North East is today a safer place to live."

The case comes in the week that Northumbria Police joined Durham and Cleveland to launch Operation Sentinel which aims to put some of the most serious criminals behind bars.

Northumbria Police Assistant Chief Constable David Felton said: “This case comes the week that we launched Operation Sentinel which is a co-ordinated approach to dismantling organised criminal operations across the North East.

“These offenders were based across the North East and their arrests came about because all three Forces worked together to gather the intelligence needed to secure convictions.

“They have all been handed lengthy jail sentences which shows how serious this type of offending is taken by the courts.

"The conviction of Leslie Moulden in particular should come as a strong warning to anyone who thinks they can evade the capture of enforcement services - you won’t win the chase.”

The gang had been arrested in January 2016 and following that operation a number of searches were carried out by police at the North East Regional Special Operations Unit (NERSOU).

Detectives discovered 4kg of high purity cocaine and it was later estimated that the street value of the drugs could have been worth as much as £2,752,000.

Anthony Carr, 39, of Redesdale Road, North Shields, was the first of the gang to admit to his part in the drugs operation when he admitted conspiracy to supply Class A drugs.

He was jailed for six years and eight months at the sentencing hearing at Newcastle Crown Court on August 24.

But Casselden, of Manor Way, Peterlee; McGovern, of Liverton Avenue, Guisborough; and Wear, of Albion Road, North Shields, all took their cases to trial.

They denied the same charge of conspiracy to supply Class A drugs but were convicted by a jury.