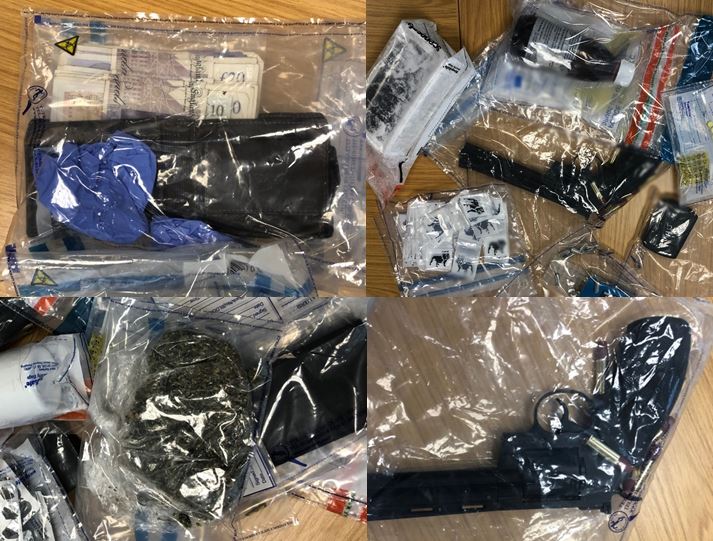 Drugs, cash and a firearm have been seized during raids in Northumberland

The activity was part of the Force’s commitment to tackling serious and organised crime through Operation Sentinel.

This has seen Northumbria combing forces with Durham, Cleveland and the North East Regional Specialist Operations Unit (NERSOU) to tackle such offences.

Northumbria Police’s Neighbourhood Inspector Liz Hall said operations such as this are vital in keeping communities safe and disrupting the use of drugs in the area.

She said: “These warrants should act as a warning to others that we take a strong stance on suspected drug dealing in our local communities.

“The raids saw the seizure of a quantity of drugs and cash, as well as a firearm which is now off the streets.

“As part of Operation Sentinel we will continue to target suspected illegal activity in your area. To do this we do rely on vital information from members of the public, so please continue to report issues to us so we can build up an accurate picture of what is happening so we know where to deploy our resources.”

Anyone who has information about drug dealing is encouraged to contact police on 101, report it online at www.northumbria.police.uk, or anonymously through Crimestoppers on 0800 555 111.