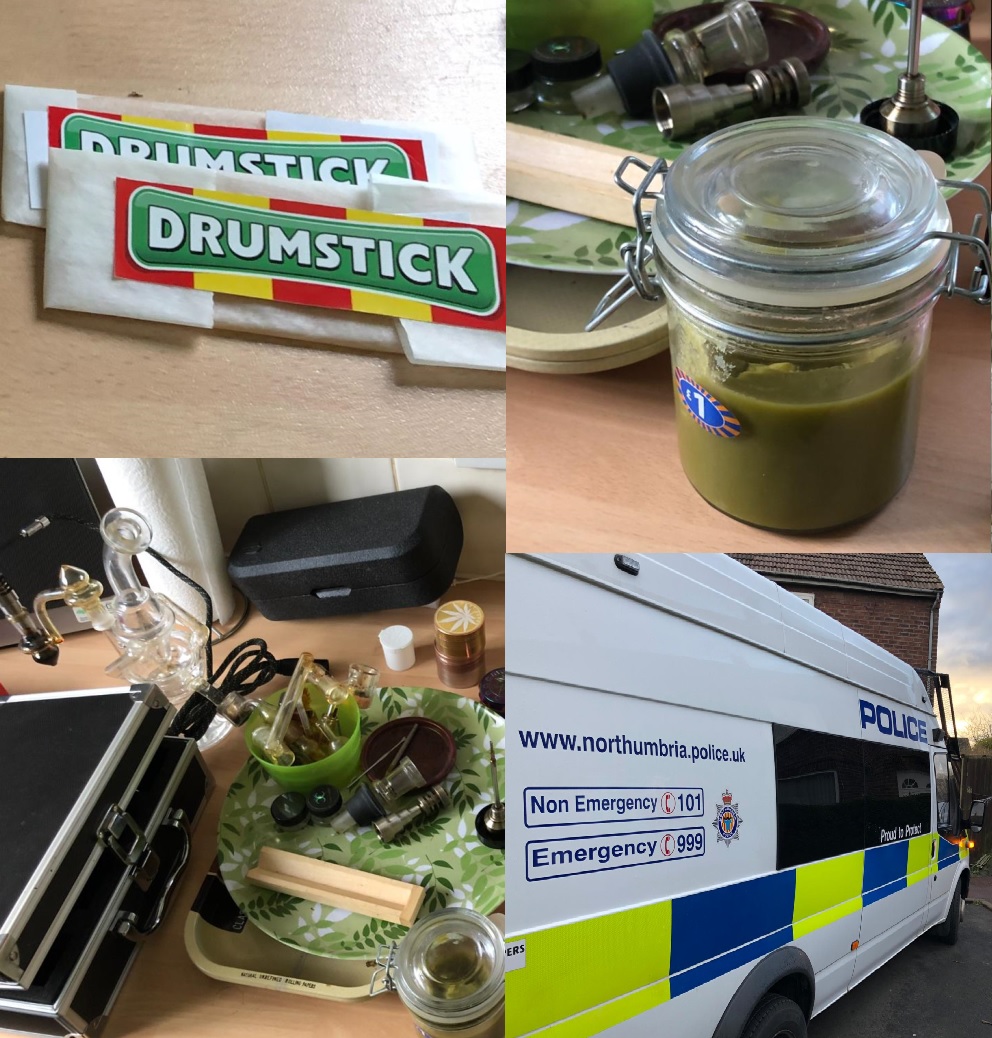 Drugs packaged up like Drumstick sweets seized in police raids

Drugs packaged up like Drumstick sweets have been seized in police raids as part of an ongoing investigation into 'cannabis shatter' factories.

In October 2017, officers in Gateshead raided two properties in the Ryton area after receiving intelligence from the local community.

A range of equipment used to make the honeycomb-like drug was seized by police and two people were arrested on suspicion of dealing it.

They were both released under investigation while officers continued to look into the conspiracy to supply the high-strength cannabis across both the region and in Europe.

Earlier this month a further four men and two women were arrested in connection with the cannabis shatter investigation dubbed Operation Inkerman by police.

Now, a 28-year-old woman has been arrested by officers after they executed a search warrant in the Eden Dale Estate in Crawcrook on Sunday morning.

Police also seized drugs, £3,000 in cash and equipment believed to have been used to produce the potent cannabis shatter.

Some of the cannabis shatter drugs were even found prepared in packaging with the ‘Drumstick’ logo stuck on the front.

Sergeant Warren Sturrock, of the Gateshead West Neighbourhood Policing Team, re-iterated that it was the production method that was causing him the most concern when it came to cannabis shatter.

He said: "This particular variant of cannabis shatter is much more potent and another extremely concerning aspect for us is the method behind how it is produced.

"Dealers have been reported to be using special ovens and highly flammable butane gas to strip chemicals from the cannabis plants in order to make the shatter.

"There have been multiple reports across the country of these type of factories leading to explosions and house fires that ultimately claim people's lives.

“Regardless of what people think about the effect of cannabis on society, this type of criminality could have potentially serious consequences.”

He added: "This has been a complex investigation and the execution of these raids shows that we are making significant progress in our investigation.

"If you are involved in the production of cannabis shatter, or the dealing of any illegal drugs, then you should expect a knock on the door."

The factory busted in October 2017 was being ran from properties in the Croft Estate in Ryton and is believed to be one of the first to have been uncovered in the North East.

In total, nine people had been arrested prior to the raids on Sunday morning and all of them remain under police investigation. The 28-year-old woman arrested yesterday has also been released under investigation.

If you have information about drug dealing in Gateshead then you can report it by calling 101, reporting it online at ww.northumbria.police.uk or by emailing iw-gateshead.npt@northumbria.pnn.police.uk.