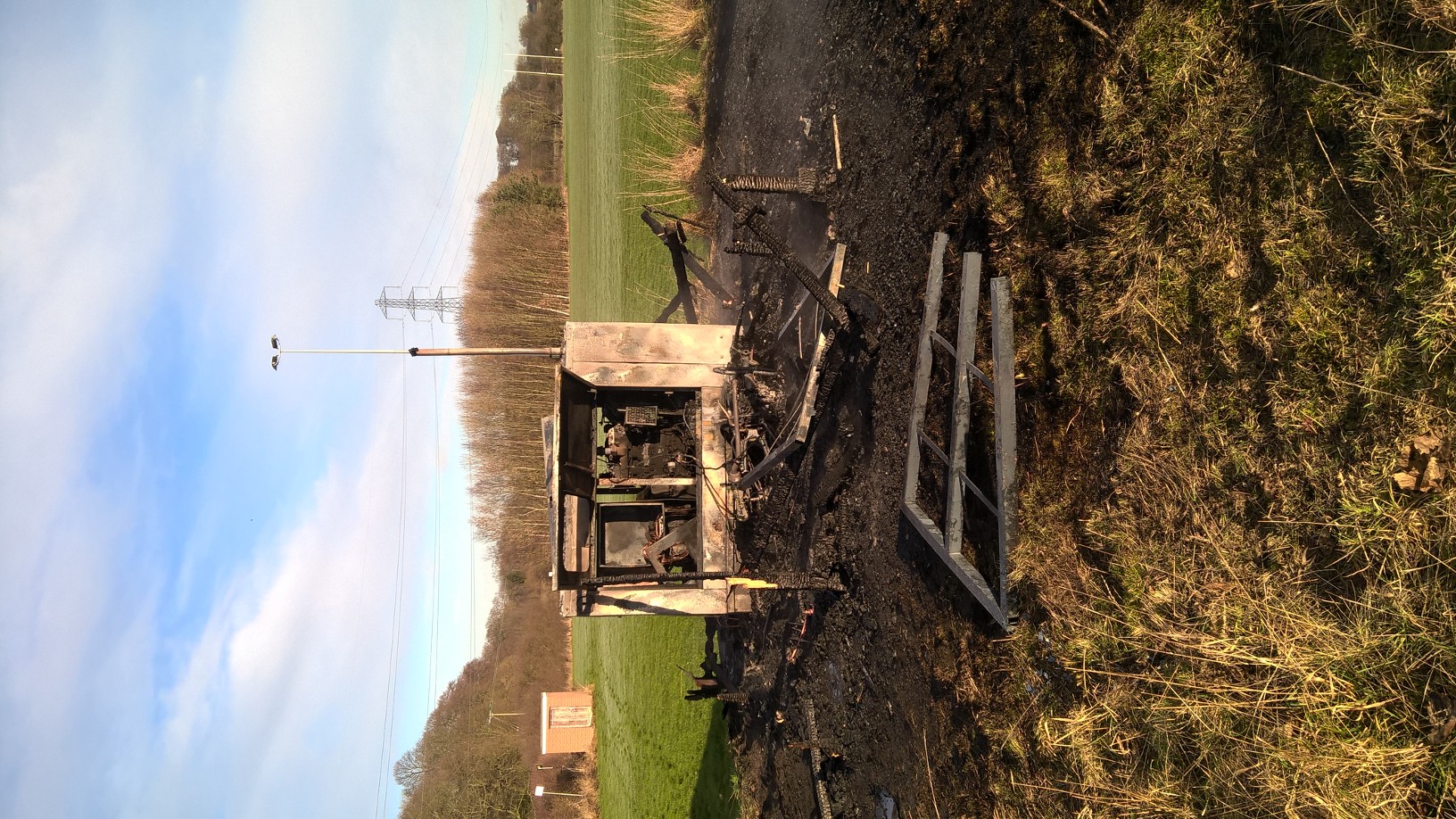 A criminal investigation has been launched after arsonists caused almost £40,000 worth of damage at a sports ground in Newcastle.

At about 9.15am yesterday (Wednesday) police received a report that intruders had broken in to Bullockstead Sports Ground in Woolsington and set fire to a generator.

Emergency services attended the site on Ponteland Road and firefighters were able to extinguish the blaze.

A shed, fuel tank and generator used to power floodlights around the sports ground pitches were all destroyed during the fire.

It was also reported that a motorbike stolen from an address on nearby Brunton Road had been found burnt out on the site.

It is estimated that the fire has caused around £38,000 worth of damage and officers believe the site has been targeted deliberately.

The sports ground had recently been purchased by Newcastle City Council who had plans to create a new sports hub for the local community.

The city council have confirmed the attack won't delay the project but officers are now appealing for help from the local community to trace those responsible.

Neighbourhood Inspector Lesley Wheatley said: "We are treating this as an act of arson which has resulted in significant damage being caused.

"Someone has clearly forced entry to the site, broken metal shutters and set the shed alight before destroying the stolen bike.

"A criminal investigation is well under way to try to identify who may be responsible.

"This sports ground is at the heart of the community and had been earmarked for further development by the city council.

"It is sad that some people find it acceptable to commit these types of offences and I would call on residents in the area to help us find out who is responsible."

Councillor Kim McGuinness, cabinet member for culture, sport and public health said: “I am extremely disappointed at the apparent deliberate damage that has been caused at Bullockstead Sport Ground, a sport facility we recently acquired to be one of our Park Life developments.

“Our ambition for the site is to create a new multi-million pound sports facility that would include football and rugby facilities and Newcastle’s first cycling track. I can confirm that yesterday’s incident will not delay this project.

“We will continue to support the police as they investigate this senseless act and remind residents that Newcastle is a friendly, neighbourly and inclusive city that does not tolerate activity of this nature”

Lynsey McVay Area Manager for Community Safety at Tyne and Wear Fire and Rescue Service said: “Firefighters were on the scene at Bullocksteads Sports Ground shortly after 9am this morning, where they found a wooden shed well alight.

"Despite their best efforts, the shed and its contents were completely destroyed by the blaze, however fortunately nobody was injured. Firefighters used one hose reel to extinguish the fire.

“No matter the size or scale, a deliberate fire creates unnecessary risks to life, property and the environment.

"If caught perpetrators can end up being prosecuted by police – or, if things go seriously wrong they can be scarred for life.

"If our crews are attending deliberate fires they’re not available to attend other incidents, so even small fires compromise the safety of our communities.”

Anyone with information about the arson, or anyone who saw anyone acting suspiciously in the area of the sports ground early on Wednesday morning, is encouraged to contact police.