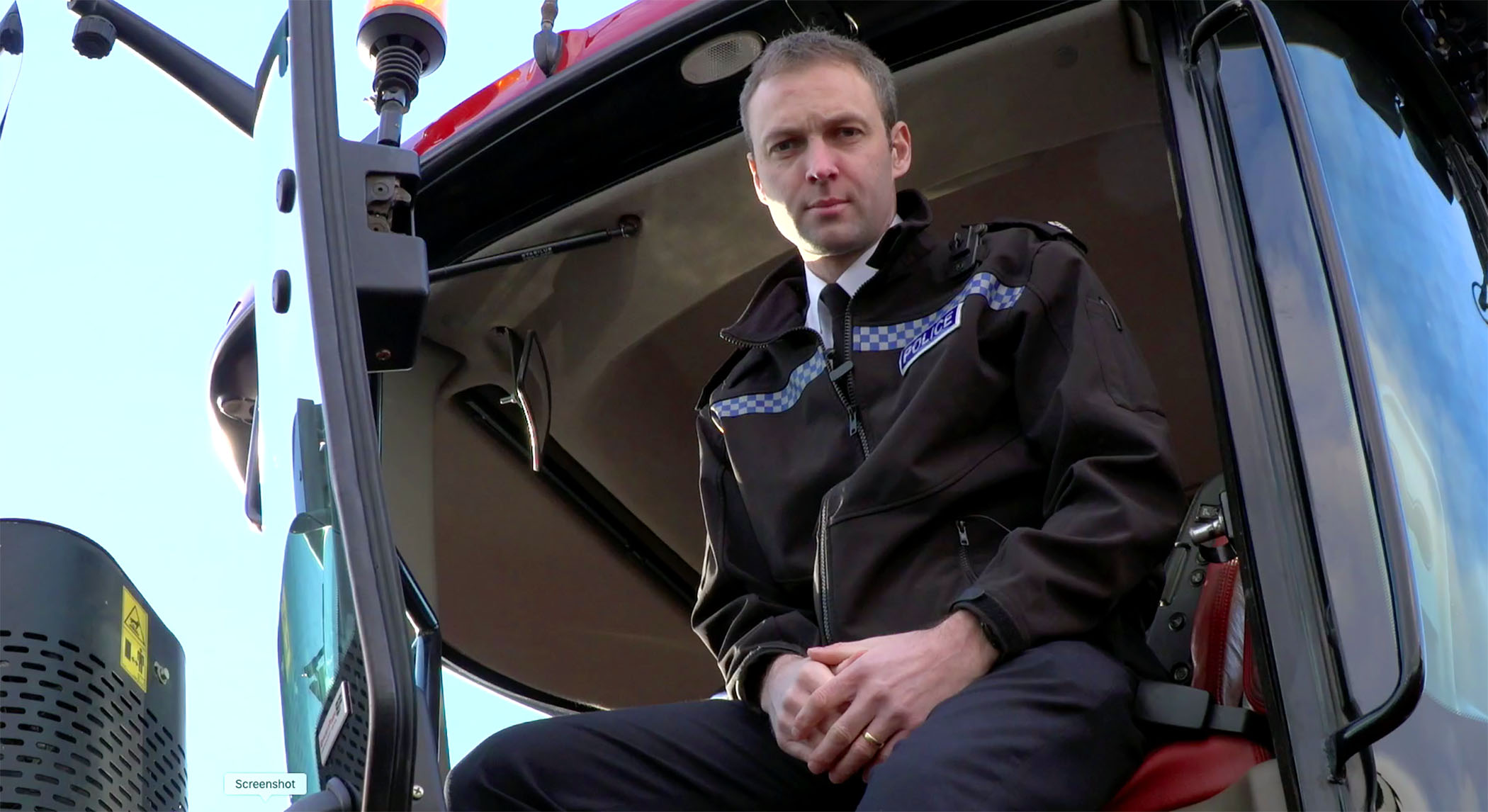 Under the Operation Sentinel banner, the Force is working in conjunction with Durham, Cleveland and NERSOU (North East Specialist Operations Unit) in a fierce crackdown on serious and organised crime.

As part of the ongoing activity, Northumbria Police has issued a strong warning to criminals who target the farming industry and rural properties for their agricultural machinery and all-terrain vehicles (ATVs).

He said: “Nationally, we have seen a pattern emerge in how these sophisticated criminal groups operate and the types of premises they are targeting.

“We know many offenders see this type of crime as low risk with a high gain – and there are often a number of factors to this. We are talking about high-value machinery which is in demand both here and abroad, and it is often stored in yards and buildings away from dwellings where these groups feel they are less likely to be caught in the act.

“We see things differently – these crimes have a terrible impact on UK farming as they can ruin livelihoods.

“So, let me make it clear, if anyone is involved in organised and serious crime, we will pursue them and ultimately do everything in our power to bring them to justice.

“As a Force, we are committed to tackling this kind of activity and protecting the public from the potential harmful effects it can have on their communities.”

The Force is committed to working with a range of partners and organisations to protect rural communities.

Activity to combat offences includes regular Checkpoint operations, which bring a range of agencies together on dedicated days of action, taking part in community meetings with rural partners, councils, the NFU, Foresty Commission and National Park, and the FarmWatch scheme.

Supt Huddleston also showed his support last year for the launch of the NFU’s ‘Rural Crime Reporting Line’. Run in partnership with the charity Crimestoppers, it provides a way for farmers and the public to give information anonymously about rural crime.

He added: “As you know, we can’t stamp out crime without the help of the public and so rely on you, to report concerns or anything suspicious to us.”

You can report suspicious activity by completing a form online at ww.northumbria.police.uk, calling 101 or through the Rural Crime Reporting Line anonymously 0800 783 0137 or by visiting www.ruralcrimereportingline.uk