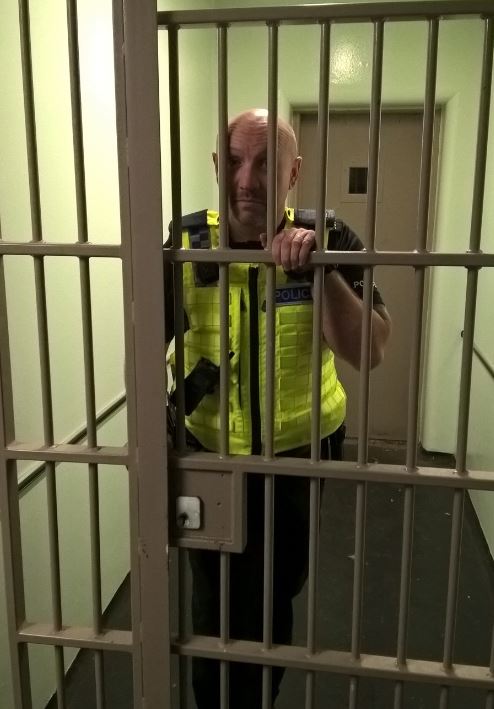 Northumbria Police officer to brave ghosts and ghouls to raise money for charity.

An officer from Northumbria Police will face his fears by getting locked up in a haunted cell for the night – in the name of charity.

Motor Patrols Constable Darren Lant, along with other officers from across the country, will spend the night of February 9, in the Steelhouse Lane Lock-up in Birmingham to raise money for the charity COPS.

Many paranormal investigations have taken place at the Victorian mini-prison since the building closed, with significant activity and encounters being reported by many who visit.

COPS is a UK registered charity dedicated to helping the families of police officers who have lost their lives on duty and help them rebuild their lives. Half of the money raised will also be going to the West Midlands Police Museum to help relocate the historic lock-up and deliver inputs on policing issues such as knife crime, drugs and online safety.

PC Lant said: “I’m nervous I’ll be honest but it’s all for an amazing cause. COPS is a fantastic charity who do inspiring work with families who have gone through horrific losses.

“I’m happy to show my support in whatever way I can – but I’ll have my fingers crossed that Casper doesn’t make an appearance on the night!”

You can show your support and donate here: https://chuffed.org/fundraiser/lockup-lockin-7810