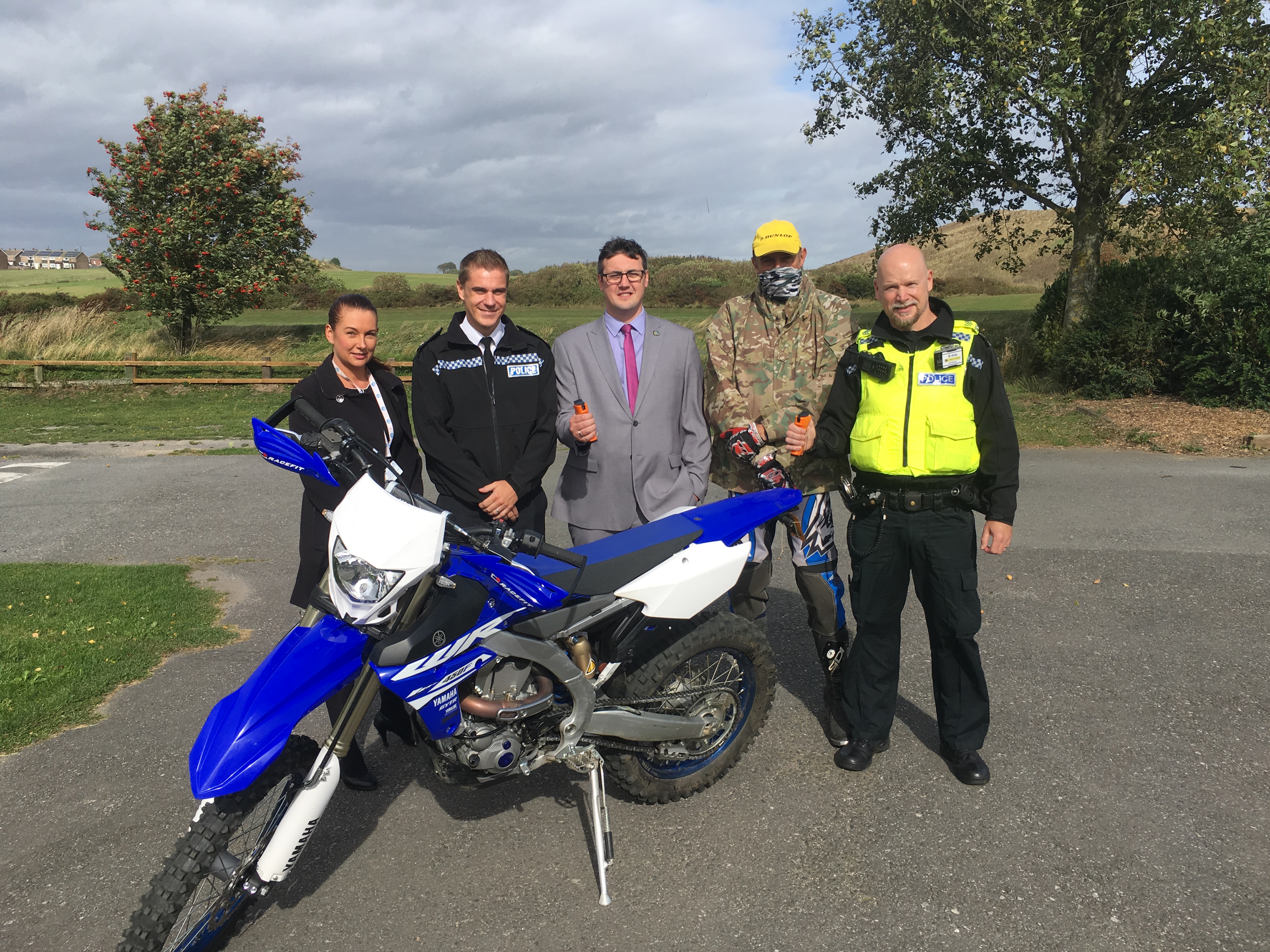 The new operation, which will run into the spring, will target hotspot areas in the west of Sunderland

A New Year operation has roared into action as officers look to put the brakes on motorcycle disorder in Sunderland.

The operation, which will run for the next few months, will target hotspot areas including the Ford Estate, Pennywell, South Hylton, Grindon, Thorney Close, Farringdon, Doxford Park, Moorside and Silksworth.

Officers will visit local schools to inform students of the dangers and potential implications of their actions.

Since police in Sunderland and South Tyneside were tooled up with a specialist DNA spray in September last year, reports of motorbike-related anti-social behaviour have seen a marked decrease across the region.

But police are refusing to get complacent on the issue, and have warned two-wheeled offenders that they will continue to tackle anti-social behaviour throughout 2019.

Sergeant Keith Goldsmith, of Northumbria Police, said: “We have already seen fantastic results across Sunderland since the DNA spray was launched, and this operation intends to maintain that momentum heading towards the spring.

“Plain-clothed and uniformed officers will be patrolling these areas in marked and unmarked vehicles looking to identify riders involved in anti-social behaviour who attempt to erode the fabric of our communities.

“That action started immediately. Over the weekend, we seized one bike after an individual was riding in an anti-social manner and with no insurance, while a seizure notice was issued to a second rider.

“We will continue to work closely with Sunderland City Council and other partners throughout this operation and will use CCTV and other tactics to ensure those offenders are brought to justice.

“The anti-social behaviour of a minority can have a significant impact on many of our residents, who can feel intimidated and vulnerable in their own home. As a result, we will take action against those found to have been participating in it.”

Launched last year as an initial pilot, the Selecta DNA spray – a water-based UV solution carried in specialist canisters - has already acted as a deterrent to would-be offenders.

The invisible solution contains a uniquely-coded dye which can be sprayed onto a riders’ skin, clothes or bikes and then provide forensic evidence to link individuals or items to a specific crime.

Since the launch date to January 5, reports have fallen by up to 75 per cent year-on-year across Sunderland and South Tyneside.

Deputy Leader of Sunderland City Council and Chair of the Safer Sunderland Partnership, Councillor Michael Mordey said: “It’s heartening to see the success of this innovative approach to tackling this type of anti-social behaviour, the unlawful and irresponsible use of off-road motorcycles creates a major nuisance.

“The DNA Spray is a valuable addition to the resources we have available to identify those responsible, and provides us with the evidence we need to then work with our community safety partners to take appropriate action against the owners and riders of these vehicles.

“We won’t tolerate anybody or anything disturbing the life of our residents, and their right to peace and quiet.”

The DNA spray is currently used by 13 other police forces across the country and has already been welcomed by members of the community who’ve been subjected to anti-social behaviour from riders.

Anyone with any concerns regarding off-road motorbikes or anti-social behaviour are asked to contact police on 101 or speak to an officer on patrol.