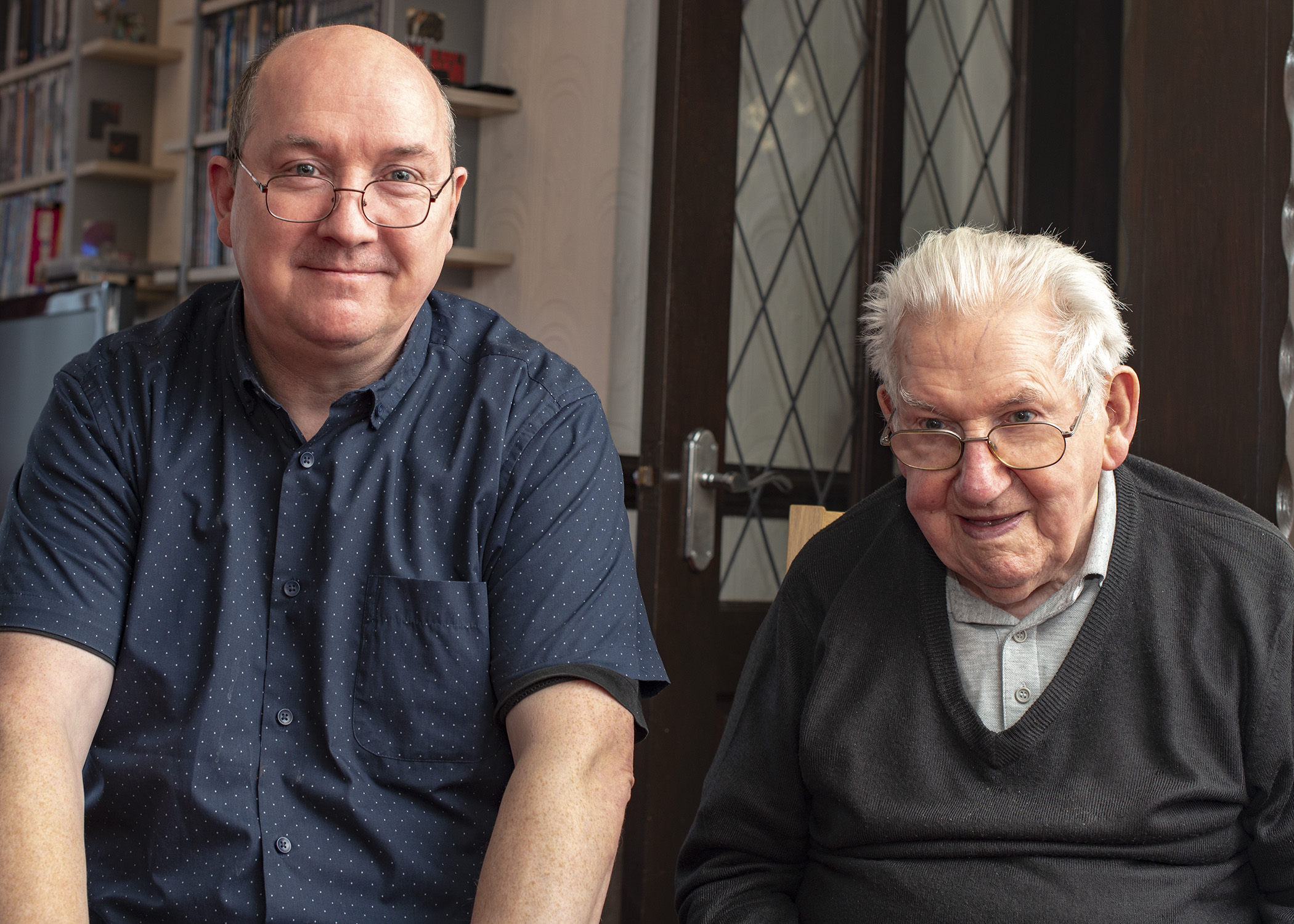 A partially-sighted pensioner who was deceived by a doorstep trickster has urged others not to fall victim to similar scams.

Robert Welsh, 85, was targeted by an opportunist fraudster in July 2017 when he lived alone in the Thornhill area of Sunderland.

The vulnerable homeowner was tricked into paying a sum of £20 on three separate occasions after an unknown man knocked on his door and claimed he owed money for window cleaning and gardening work.

The resident handed over the money, but after his family alerted police, a man was subsequently charged and convicted of fraud offences.

Now, ahead of a series of multi-agency events organised to offer crime prevention advice to elderly people across Sunderland and South Tyneside, Mr Welsh has shared his story to raise awareness and stop further people becoming victims of similar scams.

“The first time it happened, I went to the front door and a man was talking about cleaning windows,” Mr Welsh said. “I had a window cleaner anyway, but the next moment this man who I didn’t know was saying he wanted payment.

“I didn’t know what to do, so handed over the money. Then I had knocks on the door from somebody who claimed he’d done some gardening work around the front.

“I told him I hadn’t asked for any work to be done, but I began to feel like I was being pressured.

“The best thing I did was speak to my family who then helped get the police involved.”

After being alerted to three incidents, which happened during a two-week period in the summer of 2017, police launched an investigation in a bid to identify those involved.

Mr Welsh’s son, Chris, added: “We didn’t know the perpetrator at the time, so we put a camera above the front door which allowed us to record everybody who showed up. That way, we were comfortable nothing like that was going to happen again.

“Thirty years ago, my dad would have sent the man away with a flea in his ear – he’s a strong character. But as you get older, your resistance to somebody who is hassling you in such a way diminishes.

“As a result, my dad has since moved out of his home of 40 years and has gone into care accommodation which is more secure.

“I think my dad’s story is a warning that you’ve got to be careful of characters who try their luck and attempt to prey on the elderly. They will try to take advantage of poorly-sighted folk and demand money from them.”

A 28-year-old man was found guilty of four counts of fraud by false representation. In April last year, he was sentenced to four months' imprisonment.

Mr Welsh’s story will be shared at a number of crime prevention events in Sunderland – starting tomorrow (Tuesday) - aimed at helping elderly people to stay safe from bogus callers, internet scams and online hackers. The sessions will be staged in partnership with Age UK.

PC Sally College, who works with the community engagement team, said: “As a Force, we are committed to protecting the vulnerable in our communities – and clearly that includes the elderly who can find themselves targeted by opportunist offenders.

“This can come in the form of bogus callers, through the use of distraction tactics or online scams.

“By working closely with our partners, we hope these sessions will help educate and raise awareness of the potential risks to the elderly and offer practical tips and advice on how they can reduce the risk of becoming a victim of crime.

“If you have vulnerable family members, or live next door to an elderly person who lives alone, please regularly check in with them to make sure they are okay. Anybody with any concerns, or who is worried about suspicious activity in their area, is encouraged to contact police.”

Members of the public are invited to attend any of the free events in South Tyneside below. Spaces at the Sunderland sessions are fully booked. Refreshments will be available at venues and there is no requirement to book a place.