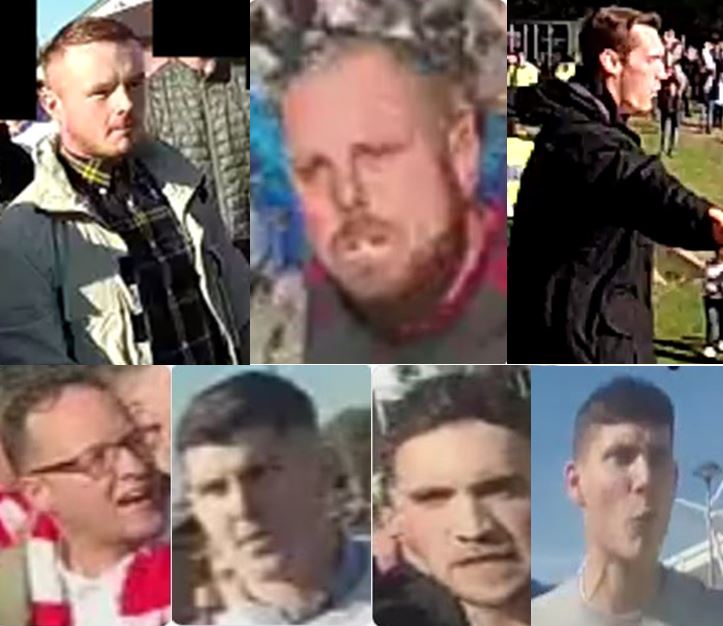 Officers investigating disorder following Sunderland’s match at Coventry City in September have released the picture of seven men they would like to trace.

West Midlands Police, in partnership with Northumbria Police, are leading an investigation into violence in the aftermath of the League One clash between Coventry and the Black Cats on September 29, 2018.

Last month (December), West Midlands Police released images of more than 20 men they wanted to speak to in connection with the disturbances.

Police in Sunderland have now re-shared the pictures of seven individuals believed to be from the North East who they would like to speak to in connection with the ongoing investigation.

Football intelligence officer PC Andrea Sadler, of Northumbria Police, said: “While the overwhelming majority of supporters who attended this match behaved impeccably, the actions of a minority were totally unacceptable.

“Our colleagues at West Midlands Police are making enquiries to locate those responsible and take appropriate action against anyone found to be involved in disorder.

“I’m proud to say that in recent years, our fans across Northumbria have worked very closely with police and partners, and the positive relationship we enjoy with supporters has continued throughout the 2018/19 season so far.

“However, we will pursue and support any action taken against individuals who do involve themselves in violence.

“This could potentially result in banning orders which not only prevent you from watching regulated football matches in the UK for a fixed period, but can also affect your future career prospects as they may be disclosed to potential employers through a vetting process or DBS check."

PC Craig Harding, from West Midlands Police’s football unit, added: "There were more than 16,000 supporters at the match and although the vast majority were well-behaved there were a small number who engaged in disorder.

“An officer, who was involved in separating the two sets of opposing fans, was injured but thankfully not seriously.

"There is no place in football for such trouble and we are keen to identify these men as we seek to establish who was involved."

The men pictured, or anyone who recognises them, are asked to call PC Craig Harding, of West Midlands Police, on 0345 113 5000 extension 802 3232 or by using the live chat facility on www.west-midlands.police.uk between 8am and midnight.