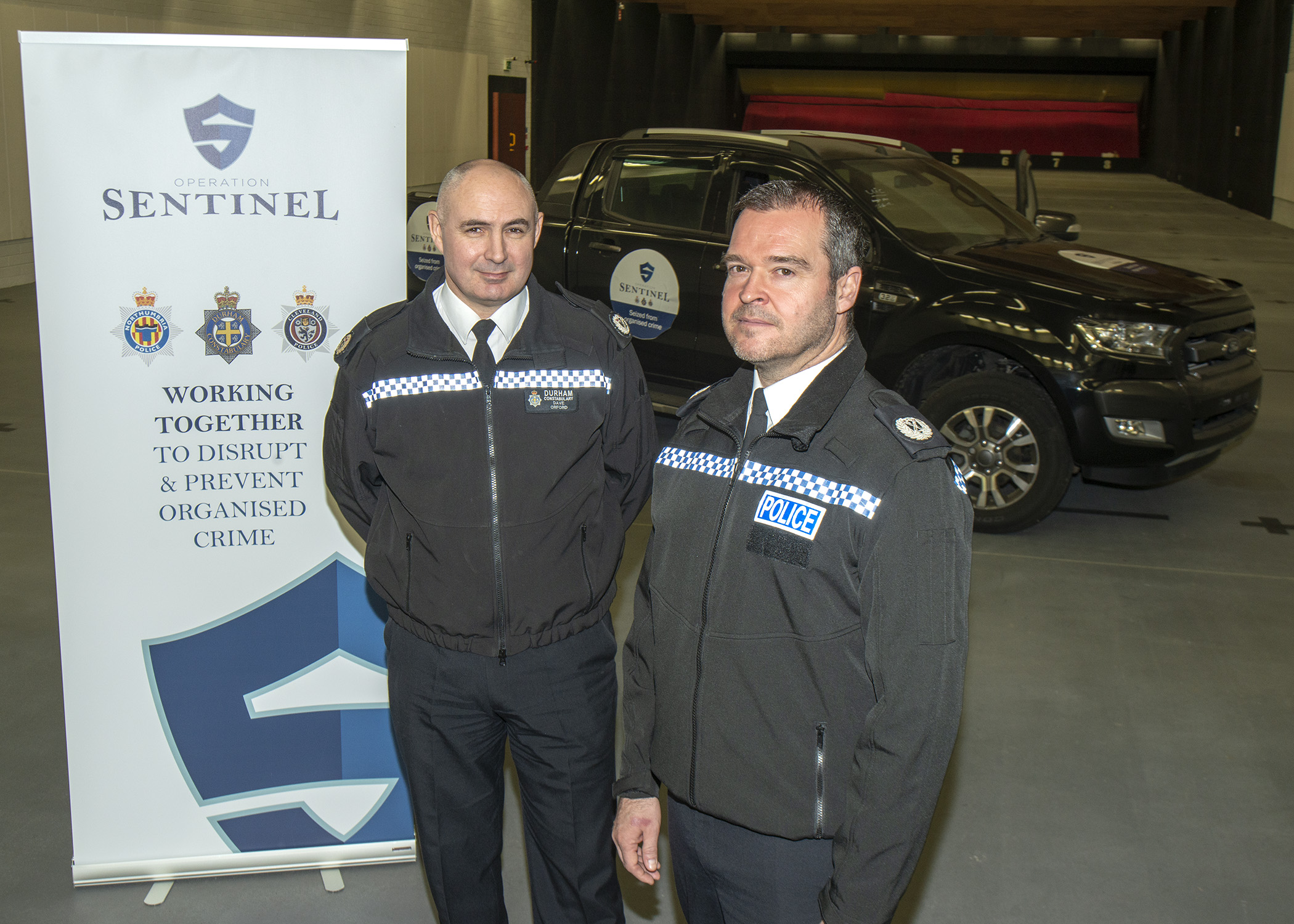 A major new initiative has been launched to target serious and organised crime across the region – and bring offenders to justice.

Operation Sentinel today (Monday) sees Northumbria, Durham and Cleveland police joining forces in a defiant stand against a whole range of offences – from drug dealing and burglary, to cyber-crime and fraud.

As well as targeting offenders who look to profit from the misery of their victims, the operation will also work towards preventing this type of activity from taking place.

The three forces will be working in unison alongside NERSOU, North East Regional Specialist Operations Unit, to utilise their skills and expertise.

Officers will be seizing goods, carrying out warrants and targeting offenders as part of Sentinel’s ongoing crack-down against serious and organised crime.

And to show they mean business, a seized Ford Ranger has been badged up under the Sentinel banner to show that the forces will take a hard-lined approach in the fight against suspected serious and organised crime activity.

Temporary Assistant Chief Constable David Felton, who has regional responsibility for NERSOU is heading up the operation on behalf of Northumbria Police, said: “We have a duty to protect people from the devastating consequences serious and organised crime can have on their lives.

“I want to reassure the public that a lot of excellent work is already under way to tackle this type of activity and bring offenders to justice, which has resulted in successful prosecutions and ultimately seen dangerous criminals taken off our streets.

“The launch of Operation Sentinel is a way for all three forces to further come together in a new show of defiance against serious and organised crime.

“We also want to send a very clear and powerful message to those who think they can get away with targeting the communities we serve that we will do everything in our power to stop you in your tracks and bring you to justice.

“As well as perusing offenders, Sentinel is also about ensuring we do everything we can to prevent people becoming victims in the first place. This includes putting activity in place to disrupt organised crime and also through education.”

Nationally, organised crime is seen as one of the greatest threats to communities because of the harmful effect it can have on everyone.

Organised crime is anything which is planned, coordinated and conducted by people working together for financial gain.

As part of the launch of Sentinel, we will be coordinating activity across the region.

We will be sending a photograph of T/ACC David Felton, ACC Dave Orford and DCC Helen McMillan on Monday morning.

You can also contact Crimestoppers, anonymously, with information on 0800 555 111 or visit www.crimestoppers-uk.org