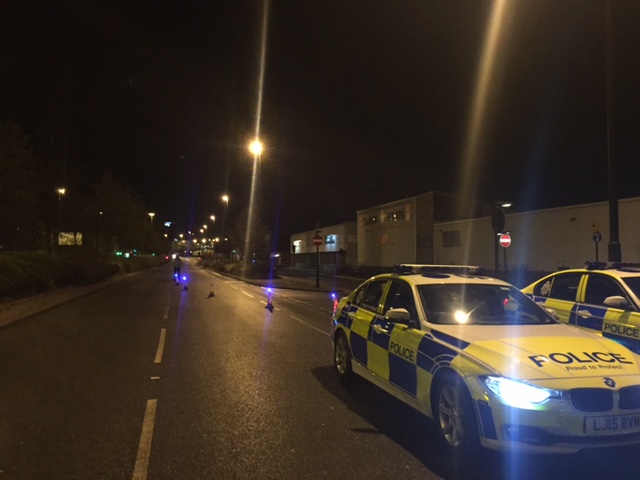 More than 140 drivers had a Christmas and New Year to remember for all the wrong reasons - after being arrested by police for drink and drug driving.

At the beginning of December Northumbria Police pledged their support to the annual Christmas Drink and Drug Driving Campaign led by the National Police Chief’s Council (NPCC).

Motor Patrols officers and the Operation Dragoon team were deployed across the region to carry out road-side stops to test drivers for drink and drugs.

The campaign ran through the month of December and New Year’s Day as people took the risk of getting behind the wheel as they enjoyed a drink with friends, families and colleagues over Christmas and New Year.

And today (Friday) officers have revealed that 149 people were arrested for drink or drug driving as part of this year's winter campaign.

Sergeant Matt Sykes leads Northumbria Police’s Operation Dragoon team who play in important role in educating the public on how to stay safe on the road.

He said: “This year's campaign was a success but I will never be happy to see so many people continuing to get behind the wheel while under the influence.

"Those people who do take the risks clearly don't think about the families of those people who have died at the hands of a driver who is on drugs or drunk.

"My colleagues are often the first ones on the scene of these types of collisions and some of the things we have seen are horrific. Nobody should ever have to witness that or have to suffer due to the irresponsible unlawful actions of another.

"The reality is that anyone who gets behind the wheel whilst drunk or on drugs are putting the lives of innocent people at risk and they will be dealt with robustly.

"We have a zero tolerance for this type of offending and this campaign was all about stopping those who flout the laws from being able to take to the roads.

"In that regard the campaign has been a success and a number of people face driving disqualifications, substantial fines and even being sent to prison, as a result of our activity & their actions.

"Our efforts to combat this type of behaviour does not stop here and our message to offenders is a simple one - if you get behind the wheel while under the influence you will be arrested and you will be put before the courts."

In the Northumbria force area 133 people were arrested for drink driving while 16 were arrested on suspicion of driving under the influence of drugs.

Those figures remain at a similar level to previous campaigns as 138 people were arrested over the same period in 2016 and 150 drivers were arrested last year.

Figures show that in the last 50 years road casualties caused by drink-driving have fallen dramatically, however, 3,000 people are killed or seriously injured each year in a drink-drive collision.

Across the country an average of 54,099 people are also convicted every year of driving or attempting to drive while over the legal limit.

Sergeant Sykes added: “The legislation around drug driving has been in place for more than three years now and we have been very proactive in putting offenders before the court.

“We have specialist roadside testing kits that can detect whether a person is under the influence of drugs. If you are driving whilst on drugs then you should expect to be arrested.