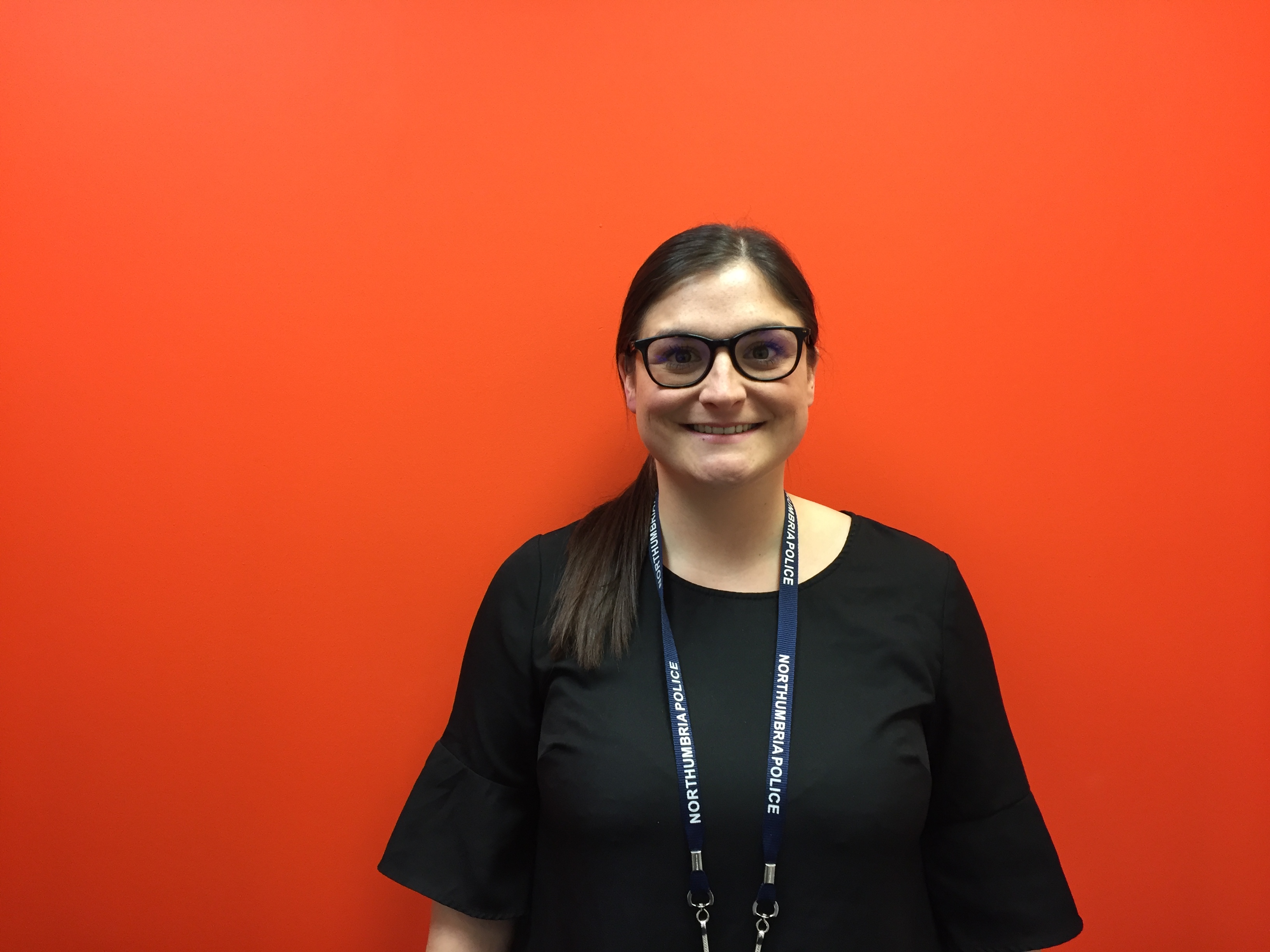 Imagine a job where you need such a precise eye for detail your role requires you to clearly see different shapes and patterns in an area which is sometimes less than a centimetre squared in size.

That’s what Becca Watt, one of our talented fingerprints officers, is tasked with day in, day out – analysing prints so unique, no two in the whole world are the same. Those same prints, some of which are so minute they require special magnifying equipment to see, are crucial to linking a potential suspect to a crime.

Based in our fingerprint and forensic team in Peterlee, Becca and her team process thousands of prints each week, comparing finger and palm prints from a variety of crime scenes and undertake the meticulous work of trying to find who they belong to.

Becca said: “I’ve been in my job around a year now and I love it – I think it gives you a completely different way of looking at crime.

“No print has ever been the same, even twins are different, but a lot of the characteristics can be really similar – that’s what makes my job so challenging.

“I think you need a really good eye for detail, a good memory and an analytical mind for this job. I think it’s perfect for me because of my personality and the traits I have. I think the job has changed how I look at shapes and patterns in the real world, for example I can’t look at a zebra or waves in the same way now.”

The 28-year-old always knew she wanted a job within policing and moved to Preston where she studied police and criminal investigation at the University of Central Lancashire and worked as a Special Constable to gain ‘real-world’ experience and insight which would help her in the future.

After leaving university, she then joined Lancashire Constabulary where she worked as a Special for two years and spent 10 months as a PCSO before finally getting her wish to move back home and take up her dream job within the Forensic team at Northumbria Police.

“I’ve been in my current role a year and everyday I’m learning more,” she said. “My aim is to keep on developing and train to become an expert in my field. I love my job and I work with a great team and would say to anyone who thinks they’ve got the right skills to do this just to give it a go. It’s a totally different side to policing.”