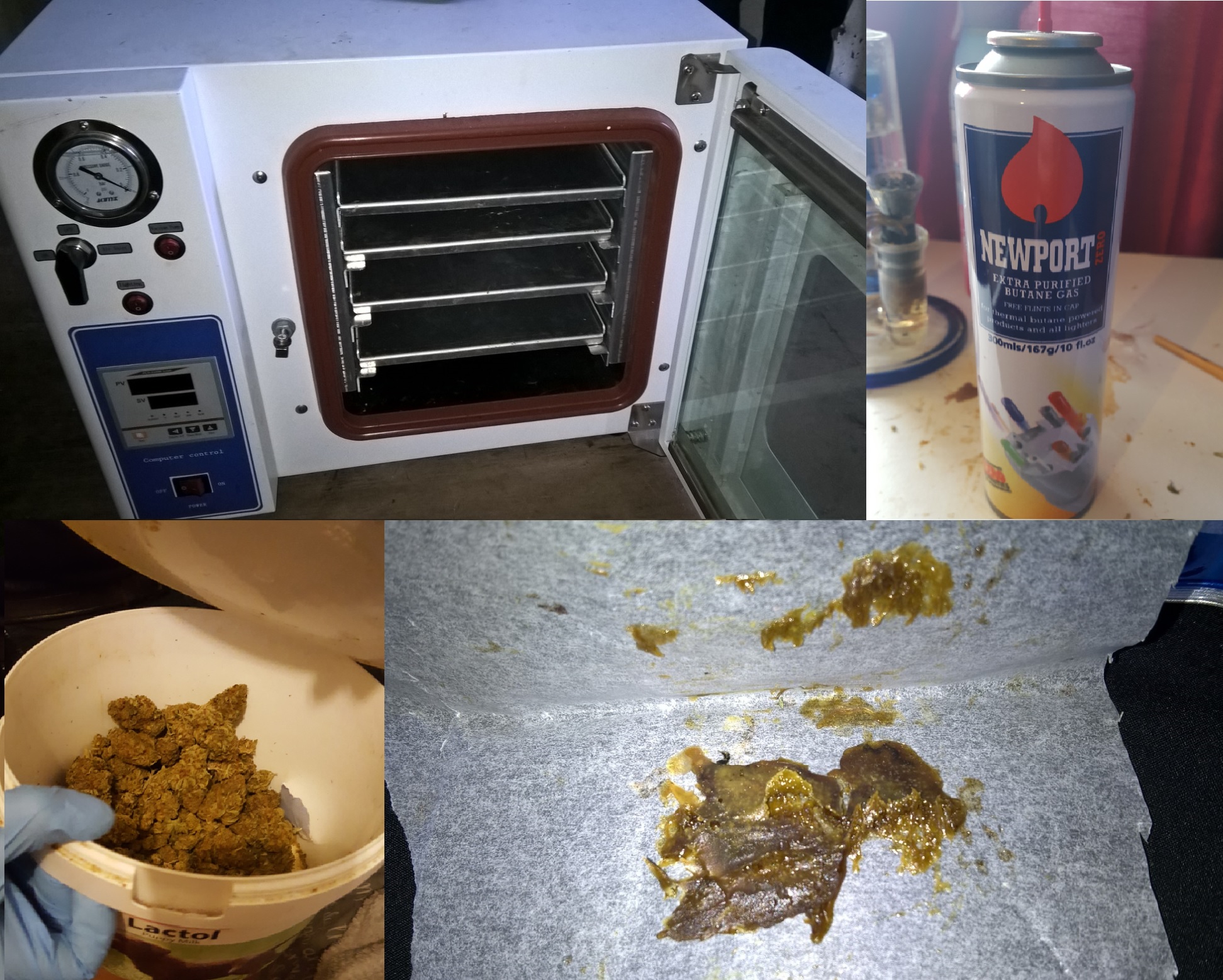 Six more people have been arrested as part of an ongoing investigation into one of the first ever 'cannabis shatter' factories in the North East.

In October 2017 officers in Gateshead raided two properties in the Ryton area after receiving intelligence from the local community.

A range of equipment used to make the honeycomb-like drug was seized by police and two people were arrested on suspicion of dealing it.

They were both released under investigation while officer continued to look into the conspiracy to supply the high-strength cannabis across both the region and in Europe.

And now, more than a year after the execution of the warrants, four men and two women have been arrested in connection with the cannabis shatter investigation dubbed Operation Inkerman by police.

The investigative team say the development of the drug is concerning as previous factories set-up elsewhere in the country have led to explosions and fatal fires caused by the use of highly flammable butane gas.

Sergeant Warren Sturrock, of the Gateshead West Neighbourhood Policing Team, added that this type of 'cannabis shatter' was not common in the North East.

He said: "When we first carried out the raids in October 2017 we didn't know a great deal about cannabis shatter as it isn't something we saw a lot of on the streets.

"It is stronger than your run-of-the-mill cannabis but perhaps one of the most concerning aspects for us is the method behind how it is produced.

"Dealers have been reported to be using special ovens and highly flammable butane gas to strip chemicals from the cannabis plants in order to make the shatter.

"There have been multiple reports across the country of these type of factories leading to explosions and house fires that ultimately claim people's lives.

"Regardless of what people think about the effect of cannabis on society, this type of criminality could have potentially serious consequences.

"This has been a complex investigation but we have made significant progress and these latest arrests show that our enquires are very much ongoing."

The factory busted in October 2017 was being ran from properties in the Croft Estate in Ryton and is believed to be one of the first to have been uncovered in the North East.

During the arrests last week, officers also seized a large quantity of Class A drugs and counterfeit clothing.

Sergeant Sturrock said the suspected criminality wouldn't have been uncovered without calls from the public and he said illegal drugs do have a negative effect on the local community.

He said: "Shutting down these types of operations and arresting those suspected of supplying drugs does have a positive effect on our local communities.

"By taking drugs off our streets we can reduce anti-social behaviour, identify further criminal activity and make our region a safer place to live.

"However, these types of operations cannot be conducted without intelligence from local communities so if you do have concerns about drug use then give us a call."

If you have information about drug dealing in Gateshead then you can report it by calling 101, reporting it online at ww.northumbria.police.uk or by emailing iw-gateshead.npt@northumbria.pnn.police.uk.