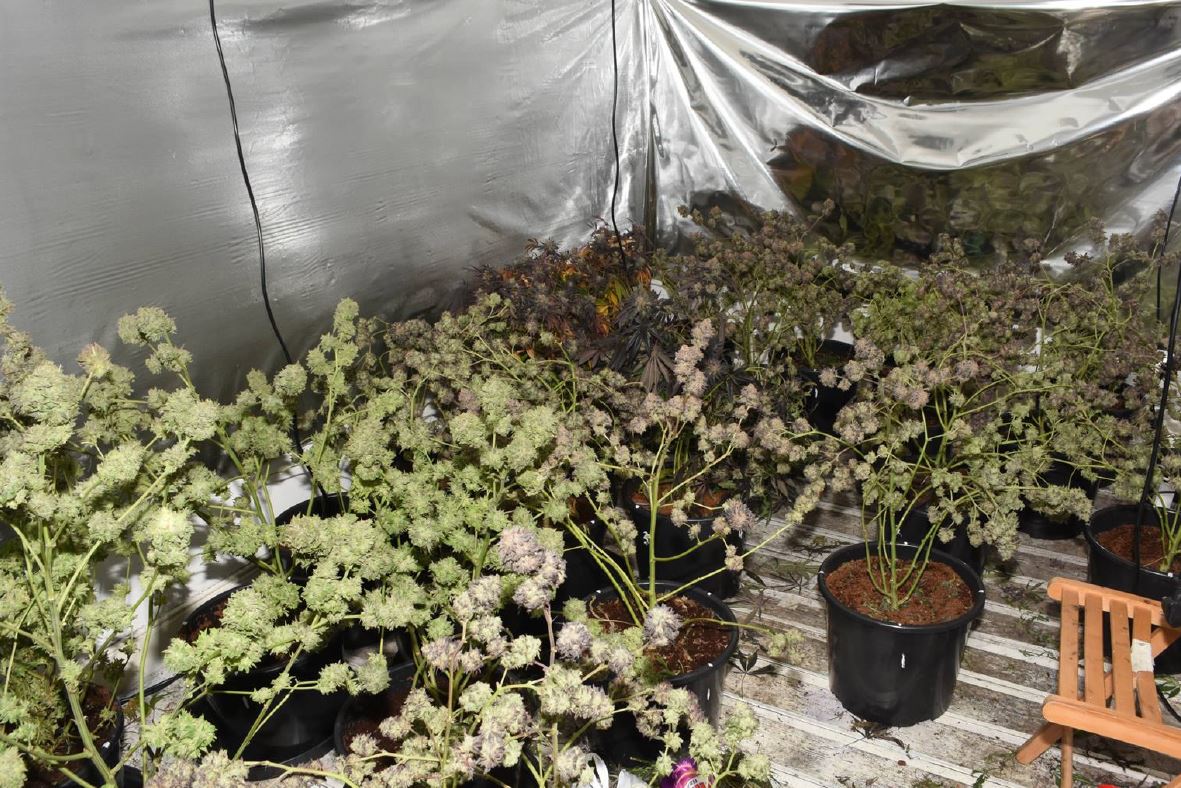 Two industrial-size cannabis farms worth thousands of pounds have been seized and destroyed as part of a police crackdown on organised crime.

Last week Northumbria Police joined Durham and Cleveland to launch Operation Sentinel which aims to put some of the most serious criminals behind bars.

Detectives working as part of the operation will focus on disrupting organised crime gangs and putting offenders before the courts.

A number of dawn raids have been carried out across the country since the launch of the Operation with weapons, cash and drugs all being seized.

And now police have released pictures of two industrial-sized cannabis farms that were found in two separate properties in Gateshead.

In total almost 300 cannabis plants were seized while the electric had been bypassed at both addresses to evade capture - and avoid a big energy bill.

He said: "We have executed dozens of warrants as part of Operation Sentinel and in the last couple of weeks have made a significant dent in the pockets of organised criminals.

"These farms are sophisticate operations that we suspect have links to organised crime and dangerous offenders.

“Regardless of what people think about the effect of cannabis on society, this is serious organised crime and it will not be tolerated.

"Two people have been arrested, one of whom was in the country illegally from Vietnam, but our investigation into these farms will continue.”

The first warrant was executed last Monday at an address on Hillfield Street in Gateshead where 150 plants were found in the property.

A 54-year-old Vietnamese man was arrested at the address and his case has since been passed on to immigration services.

Two days later another warrant was executed at a flat on Mafeking Street in Gateshead where another 150 plants were found at the property.

A 50-year-old man was arrested in connection with the farm and he has since been summonsed to court.

Enquiries into both farms will continue but anyone who does have suspicions about drug dealing in their local community is being encouraged to contact police.

Det Cons Haynes added: "We wouldn't be able to get these warrants if we didn't have intelligence from our local communities.

"Our officers cannot be everywhere at the same time so the public can often be our eyes, ears or even our nose.

"If you suspect drug dealing is taking place in your neighbourhood then we would encourage you to give us a call.

"That may be because you're concerned about someone behaving suspiciously, you can smell cannabis or an address on your street is being visited by a lot of different people."

You can report this type of behaviour to police by calling 101, Crimestoppers anonymously on 0800 555 111 or online by visiting www.northumbria.police.uk.