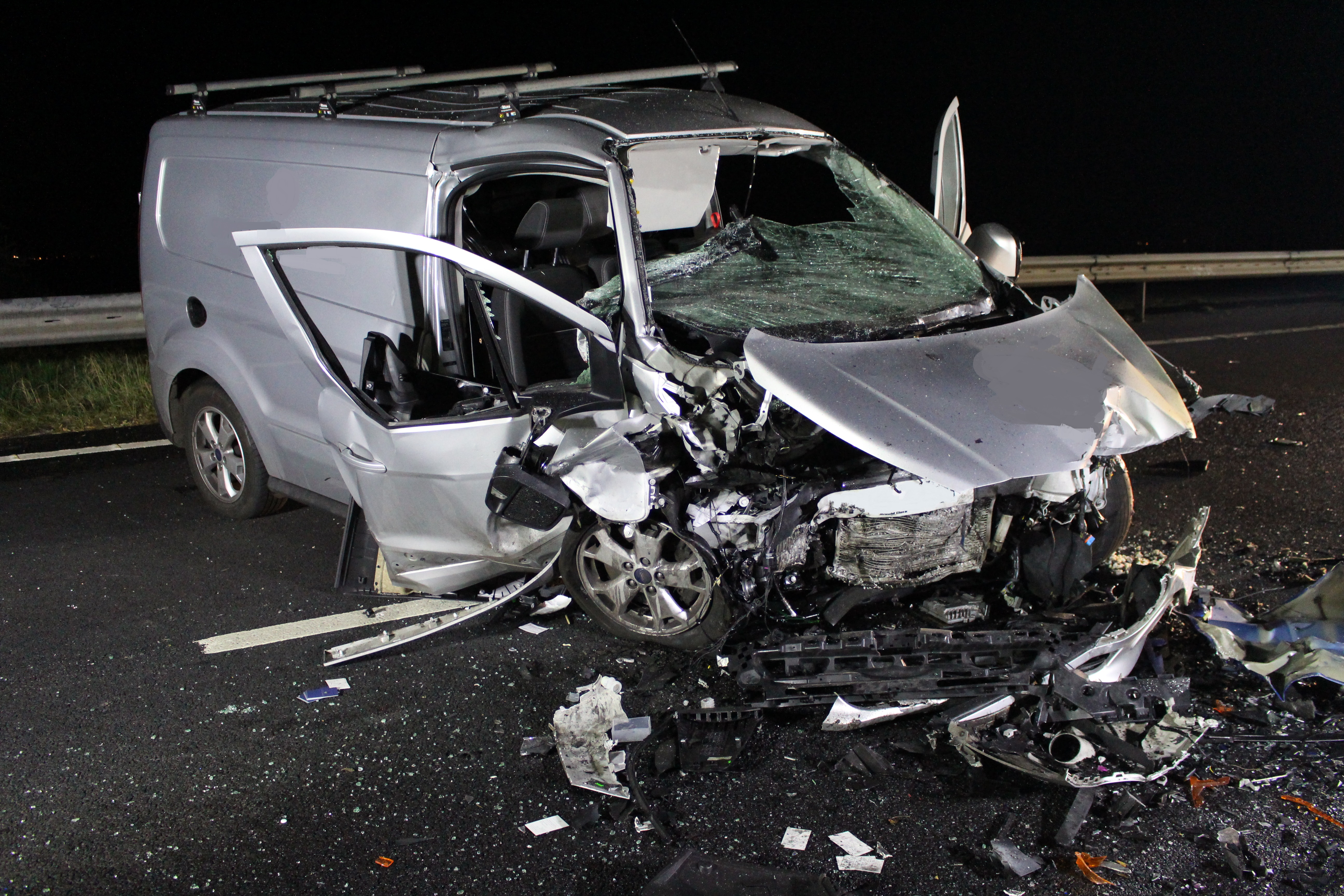 Matthew Crook, 27, was driving in the wrong direction down the A1 near Newton-on-the-Moor, in April 2017, when he hit a car being driven by Barry Carmon head on.

Barry, 33, was a father-of-three from Belford in Northumberland. He was pronounced dead at the scene by paramedics after his car burst into flames following the crash.

Crook and his 26-year-old female passenger suffered serious but non-life threatening injuries during the collision.

An investigation into the incident was launched and officers arrested Crook on suspicion of causing death by dangerous driving.

However, at court the Crown Prosecution Service accepted a guilty plea for causing death by careless driving and yesterday (Monday) he was sentenced by a Judge at Newcastle Crown Court to a nine months suspended sentence.

Sergeant Phil Emmerson, of Northumbria Police’s Motor Patrols, said: “This has been, and continues to be, a very difficult time for Barry’s family.

“We’re providing them with support and specialist care and my thoughts remain with them on what has proven to be a very tough day.

“Getting behind the wheel of a car is not something to be taken lightly- one wrong move and it can cost someone their life.

“Drivers need to recognise the responsibility they have on the roads and understand the dangers and potential consequences for careless driving- it only takes a second to lose a loved one.”

Following the case, Barry’s mum, Carol, talked about her relationship with Barry and how proud she was to call him her son.

She said “The impact of this crash will be with us for the rest of our lives. Barry was loved by all of his family and friends and will be incredibly missed.

“He had grown into a fine young man and he filled us with pride and joy.

“I will never forget the look on my husband’s face as he arrived with the police officers to break the news to me.

“The hardest thing was that when the van had hit Barry’s car head on it burst into flames and in an instant there was nothing left of our beloved son. He was gone in minutes and we never got to say our goodbyes.

“Barry won’t get to see his children grow up, he won’t get to celebrate birthdays and Christmases but he will always be in our hearts and thoughts. He was a wonderful son and father and we will never forget him.”

Crook, of Albatross Way in Blyth, was also ordered to carry out 150 hours of unpaid work and is banned from driving for two years. He will need to take an extended re-test before being able to drive on the roads again.