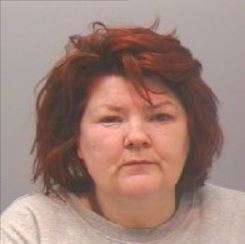 Deborah Reed, 53, used her position of care to steal over £7,000 in cash from one of her patients suffering through the early stages of dementia.

Reed stole the money over a period of six months in 2016 after which officers caught on to Reed’s criminal activity.

However, Reed denied being involved and officers launched a complex and extensive investigation into the theft which resulted in her eventual arrest and conviction.

Inspector Pam Bridges, one of the officers involved in the investigation said how an abuse of trust is devastating for the victim and can have lasting impacts.

She said: “The 90-year-old victim was a woman who is in the early stages of dementia and housebound. Reed used this to her advantage and abused the trust the victim and her family had put in her.

“This investigation has shown some fantastic teamwork by the officers investigating. It was a difficult case due to the age and vulnerability of the victim but that just made the team more determined.

“Here at Northumbria Police we view the investigation of offences against the vulnerable as a priority and take these cases very seriously.

“Quite simply, targeting vulnerable people will not be tolerated and this conviction shows we will pursue every avenue and carry out thorough investigations to get a result for the victim.”

It was discovered Reed, of Adderlaide Road in Prudhoe, had been using the money to go on holidays abroad to Europe and weekend breaks away in the UK.

The victim’s niece Sheelah said: “This was not a moment of temptation or an opportunist theft.  It was a calculated systematic crime where money was taken from the account of a vulnerable housebound elderly woman.

“Stealing from a vulnerable person is a despicable and cowardly act. All members of the jury found Reed guilty and I think this speaks for itself.

“Vulnerable adults must be protected from people who prey on them and I hope this serves to highlight this.”

Inspector Pam Bridges added: “Reed tried to claim that the money was taken out at the request of the victim and this was one of the more challenging aspects of the investigation due to the victims advancing dementia.

“However, we were able to gather enough evidence and intelligence to prove this wasn’t the case and secured a conviction.

“I hope this serves as a deterrent to others in a position of trust that if they abuse that trust or participate in any sort of criminal behaviour, then they will be caught and be brought before the courts.”