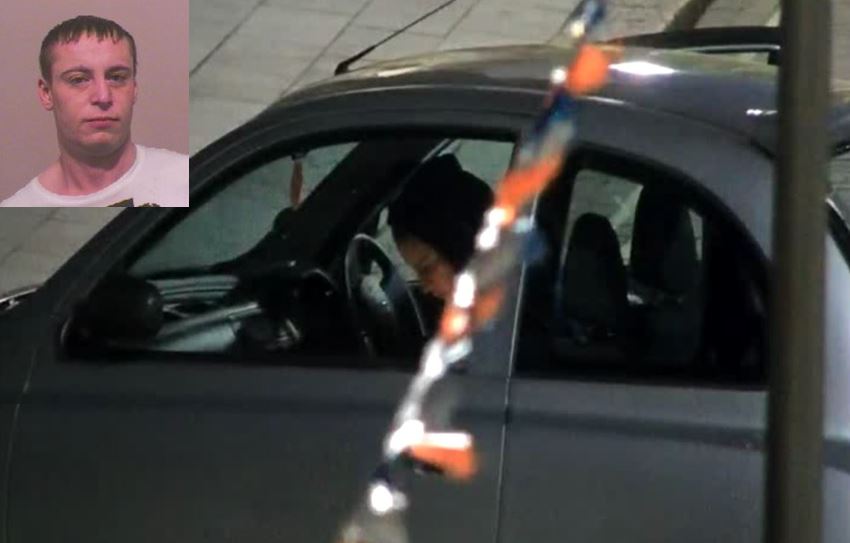 Tyrone Richardson, 31, of Sunderland, was jailed for one year after admitting arson. An investigation is ongoing into the theft of the car.

An arsonist who torched a stolen car that had been crashed and abandoned has been jailed.

Tyrone Richardson, 31, approached the smashed-up Nissan Micra that had been left on Norfolk Street, Sunderland, shortly after 3am on June 20.

The vehicle had been stolen from the Witherwack area of the city earlier that night by an unknown offender – just two days after the victim had bought it.

Members of the public contacted police after hearing the vehicle smash into a lamppost and a number of bollards in the dead of night. The driver then fled the scene.

The city’s CCTV cameras later showed Richardson get into the front seat of the abandoned vehicle and set it on fire. He made off from the scene shortly before the car burst into flames.

On July 19, he was back in the dock at Newcastle Crown Court for sentencing. He was jailed for one year and disqualified from driving for two-and-a-half years.

PC Jennifer Christie, of Northumbria Police, said: “This was a malicious arson that caused significant damage to a motor vehicle and could easily have endangered the lives of anybody passing by.

“Richardson showed a total disregard to the law and the property of others, and after starting the fire in the car, he left the scene.

"Had emergency services not have responded quickly, his actions could have caused a huge amount of damage in the city centre.

“Upon arrest, Richardson showed no remorse and did not cooperate with police. His decision to plead guilty came at the eleventh hour, when the weight of evidence against him was overwhelming.

"He is now behind bars as a result of his mindless actions.”

PC Christie revealed an investigation is ongoing into the theft of the car, which was taken from outside a property in Witherwack in the early hours of June 20.

The victim had bought the vehicle for £500 just two days before it was stolen from outside her address.

In a statement read out in court, she said: “It has shaken me that somebody could just take something that belonged to me.

“It took me a long time to save the money for this car and now I will have to start again.”

Northumbria Police are still carrying out an investigation to identify the person responsible for stealing the car and abandoning it in the street.

Anyone with information or who saw anything suspicious is asked to contact 101 quoting reference 82 200619 or Crimestoppers anonymously on 0800 555 111.