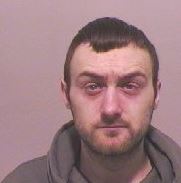 Colin Hawkins, 27, of Sunderland, admitted blackmail after extorting more than £1,000 from his victim

A ‘catfish’ who posed as an online escort before ruthlessly blackmailing his victim has been jailed.

Colin Hawkins, 27, extorted more than £1,000 from a customer after setting up a fake profile on the Newcastle page of an escort site.

Hawkins sent nude photos of an ex-girlfriend to a man in exchange for a £20 payment – and then threatened to tell the victim’s partner of their exchange unless he agreed to hand over regular payments.

Scared that he would be exposed, the man – who cannot be named for legal reasons – paid a four-figure sum over three days to the online predator.

Hawkins, of Baltimore Avenue, Sunderland, admitted a charge of blackmail and was jailed for two years and three months on Monday at Newcastle Crown Court.

Detective Constable Stuart Kelly, of Northumbria Police, said: “Hawkins showed a prolific and ruthless streak as he lured in his unsuspecting victim and then blackmailed him over a number of days.

“His selfish behaviour caused his victim not only significant financial loss, but also a great deal of distress and long-lasting harm.

“Hawkins embarked on his crime spree online purely for his own financial gain. Through his actions, he clearly poses a substantial risk to the public, and I hope this sentence sends out a strong message to cyber criminals that they are not above the law, and will be caught.

“We are committed to tackling all forms of cyber-crime which have a destructive impact on society. Anyone who believes they are a victim of this type of criminality are asked to contact police or report incidents to Action Fraud.”

A court heard Hawkins set his ‘honey trap’ in August 2018 when the victim began texting what he believed was an escort and asked for photos.

After paying £20, the man received photos – but then had a change of heart, deleted the images and blocked the number.

But Hawkins swiftly texted the victim using a different phone and threatened to inform his partner – who he had found on social media - if the number was not unblocked.

Having emptied his bank account, the victim sent a screenshot to Hawkins proving he had no further funds – but was ordered to transfer another £300 as soon as he had been paid.

At that point, the man contacted police – and three days later Hawkins texted his victim again and claimed the escort involved had been aged just 15, and demanded a further £50.

Hawkins was subsequently arrested, and during police interview, he claimed his victim enjoyed being blackmailed and had a “fetish” for it.

He was charged with blackmail, and admitted the offence at a Newcastle Crown Court hearing on May 30.

He was back in the dock on Monday for sentencing, with a judge jailing him for 27 months.

In a statement read in court, the victim said: “This incident has left me in a large amount of debt which has been difficult as I have a family and home to support.

“The incident has also left me concerned that the offender will contact me again and that the whole incident will start again.”