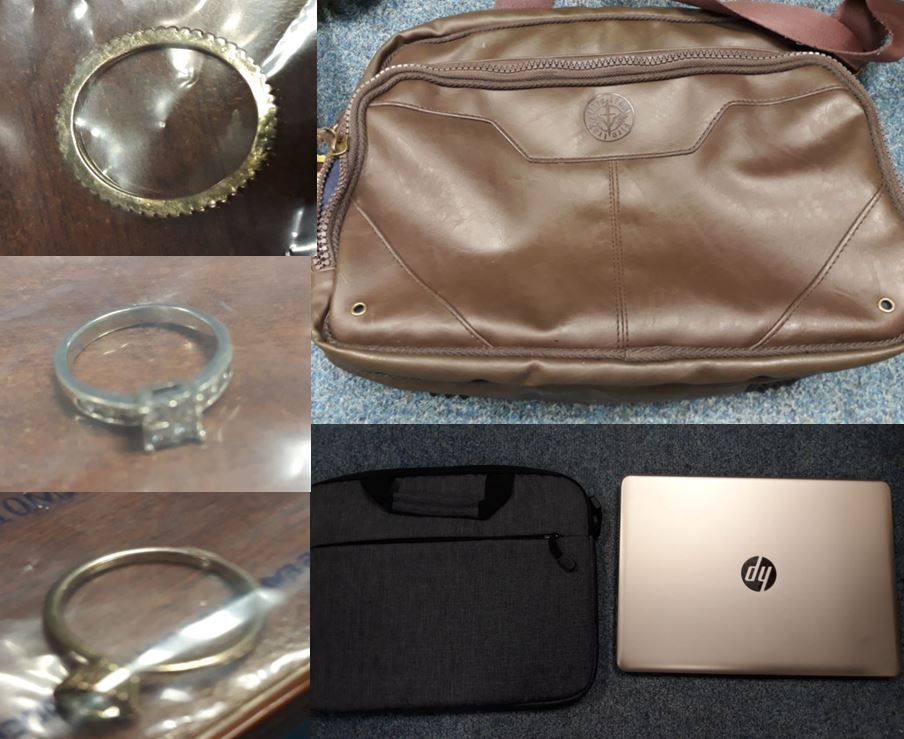 Do any of these suspected stolen items from South Tyneside belong to you?

Officers are keen to hear from members of the public, especially those in the Jarrow and Hebburn areas, who recognise any of the seized items

Police investigating a series of thefts from motor vehicles in South Tyneside have released photographs of a stash of suspected stolen goods – and want to trace their original owners.

Shortly after 6am on Sunday (July 7), police received a report of a male acting suspiciously in the York Street area of Jarrow.

It was reported that a man had been trying car door handles in the area.

Police attended and a 26-year-old man was arrested. He has since been released on police bail pending further enquiries.

Now police are keen to hear from members of the public, especially those living in the Jarrow and Hebburn areas, who recognise any of the seized items.

Detective Constable Gavin James, of Northumbria Police, said: “It is our belief that these items belong to residents living in the Jarrow and Hebburn areas who may have recently had their vehicles broken into.

“These seized items are as a result of our proactive approach to dealing with this type of crime, and we would encourage anyone who recognises any of the items to come forward and assist with the investigation.

“Quite often with incidents of this nature, opportunistic thieves go street-to-street trying car doors searching for an unlocked vehicle. If the vehicle is locked, they will move on to the next street.

“We would therefore ask residents to take an extra moment to ensure their car is locked, and that any items of value are placed out of sight in the glove box or boot.

“Our officers are patrolling the streets every day looking to arrest thieves who look to prey on others, and we would encourage anyone who is a victim of crime to contact police and report it.”

Anyone who recognises any of the items pictured are asked to call 101 quoting reference 291 070719. Alternatively, you can email 880@northumbria.pnn.police.uk.