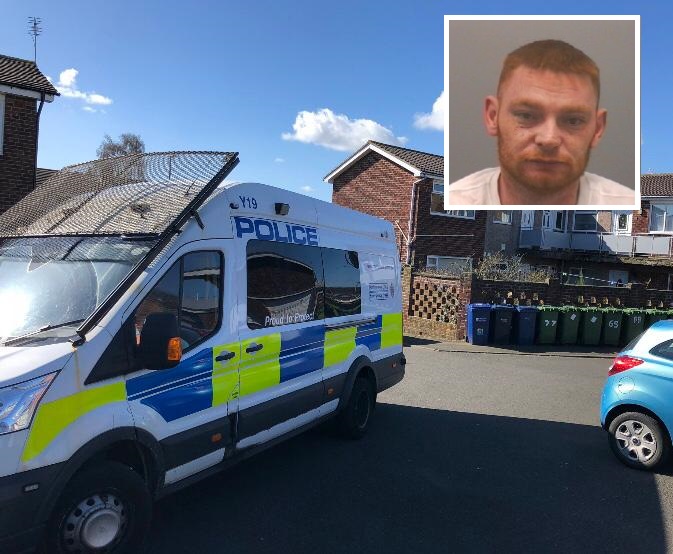 A drug dealer has been convicted of supplying drugs across Gateshead after being arrested in dawn raids.

Jason Dobb, 29, was first arrested in January last year after neighbourhood police officers received intelligence that he was involved in dealing cocaine.

Officers smashed through his door in an early morning raid and seized small amounts of drugs and his mobile phone.

He was released under investigation pending further enquiries but police received information he was still up to no good.

A court was told how police carried out a second raid at his home on Hanover Drive in Winlaton just three months later.

They again found a small amount of Class A drugs and seized electronic devices.

An investigation found a number of text messages and a list of debtors that suggested he was dealing cocaine.

Dobb was charged with being concerned in the supply of cocaine and possession of the Class A drug.

He pleaded guilty and on July 1 he was handed a 21 month suspended sentence at Newcastle Crown Court.

Following the sentencing, Neighbourhood Sergeant Warren Sturrock said police would continue to target those supplying drugs across the borough.

He said: “Drug dealers prey upon some of the most vulnerable people in society and have non thought for anyone but themselves.

“The users they supply to often go on to commit petty crimes to fund their addiction and it is because of people like Dobb that they can never escape that cycle.

“We are committed to targeting those people involved in drugs supply and all we can do is put dealers before the courts.

“He has not been handed an immediate custodial sentence but he is on our radar and if he re-offends he will be back before the judge.

“This kind of activity is not possible without the help of our local communities and we need you to report suspicious behaviour to police.

“You can be our eyes and ears on the ground and if you report drug dealing in your street or estate then we will take action.”