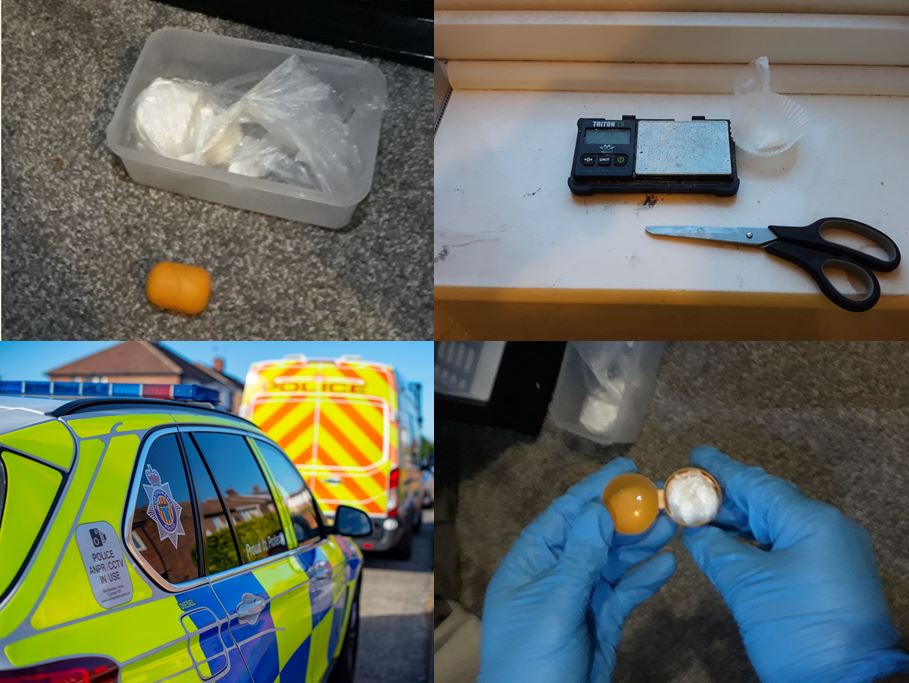 Officers went on to find half a kilogram of a Class A drug valued at £14,000, plus a further £20,000 in cash, inside an associated address

Eagle-eyed officers who followed a suspected stolen car went on to discover a £14,000 drugs haul in Newcastle.

Motor patrols officers were travelling on Monkchester Road earlier this month (July 19) when they saw a suspicious vehicle and began to follow it.

After carrying out checks, officers found the vehicle was believed to have been using stolen registration plates. The plates had been reported as stolen to police from the Manor House Close area of the city three weeks earlier.

Two male occupants of the vehicle were arrested, and as part of their enquiries, officers went on to find half a kilogram of a Class A drug inside an associated address.

Sergeant Pinner Rana, of Northumbria Police, said: “As officers, sometimes we can get a gut-feeling about a job and this was a case of following our instincts and sensing something was right.

“After seeing the vehicle, we ran checks on our database and found the registration plates in question had been reported as stolen weeks earlier.

“After arresting the occupants, police carried out their enquiries and while searching an associated address, we came across a significant amount of Class A drugs, with an estimated street value of £14,000 and around £20,000 in cash.

“These drugs have now been taken off the streets, and our investigation into the discovery is ongoing.”

A 19-year-old man has been charged with driving whilst disqualified and driving without insurance. He is due to appear before magistrates in North Tyneside next month (August).

He and a second man, 20, were also arrested on suspicion of possession of a controlled drug. They have been released under investigation.