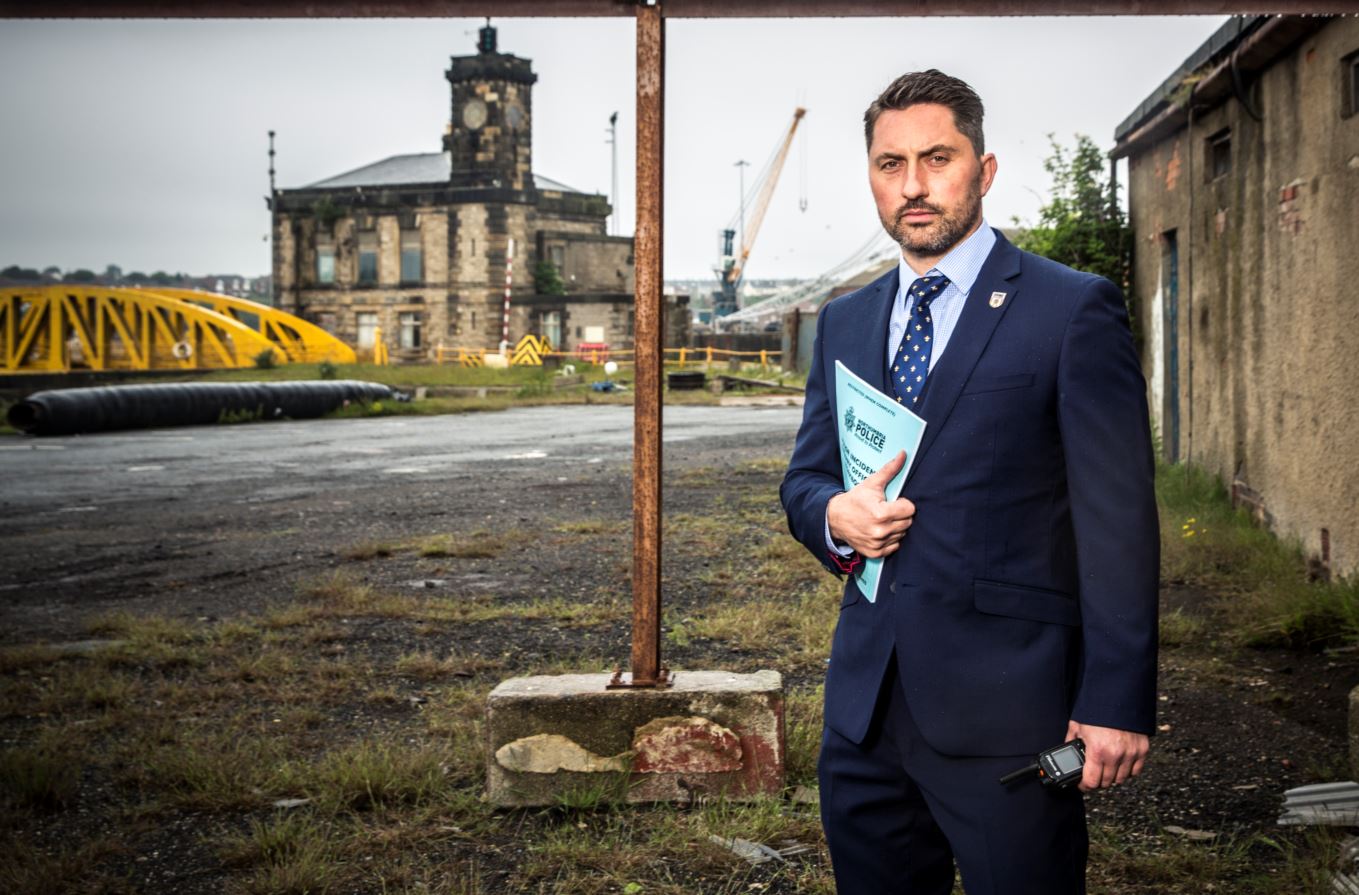 Long-serving detective on his motivations, starring in BBC One documentary 'Our Cops in the North' & following in family footsteps

Detective Sergeant Andy Richardson has seen it all over the last 21 years.

Working in the bustling CID office at Southwick Police Station, the 40-year-old manages a team of detectives tasked with tackling a wide range of crimes across Sunderland and South Tyneside.

From aggravated burglaries to fraud cases, knife-point robberies to serious assaults, no one day is the same.

But that’s the thrill of the role for Det Sgt Richardson, who featured in the new BBC One documentary series ‘Our Cops in the North’, which aired last night (Wednesday).

In the first episode, Det Sgt Richardson – who has worked on Wearside since joining the Force in February 1998 – led the investigation after a 70-year-old man was robbed at knife-point by masked attackers in his own home.

That job struck a chord with the life-long Black Cats fan, who admits one thing is always at the forefront of his mind when he sets about investigating a crime.

“In the first episode, you’ll see the aggravated burglary against Michael Blake,” Det Sgt Richardson said. “He’s a lovely, hard-working, salt of the earth guy who was a victim of a very violent crime in his own home.

“Throughout the investigation, Michael was our motivation to catch the people responsible. I looked at him and thought, ‘he could’ve been my dad, and those men could’ve targeted my home’.

“I’ve dealt with a huge range of crimes throughout my service so far, including violent robberies, burglaries and murders, but what always motivates you to keep going and deliver a high quality of service is the victim and their families.

“I love the North-east of England - it’s a fantastic place to live and work. I grew up here, it’s where I went to school and where my kids will go to school. That really brings it home when I’m investigating a serious crime – it could have been my mother, my sister, my family that this happened to.

“It’s in my own interest to make sure this region continues to be a safe place, and when you are faced with violent criminals, there’s a determination to make sure they are brought to justice so they can’t harm anyone else.

“I’m hugely proud of everyone who I’ve worked with and who works with the Force, because the vast majority of people go above and beyond.”

For Det Sgt Richardson, joining the police was something of a family affair as he followed in the footsteps of his dad, Alan, more than two decades ago, at the tender age of 19.

But the father-of-two’s pathway into policing was not as clear-cut as some might think.

“I didn’t always think I’d become a police officer,” Det Sgt Richardson said. “Growing up, I was never quite sure what I wanted to do.

“But when I sat down and considered what I liked doing, being outdoors and not being stuck at a desk, it seemed a natural fit.

“I also grew up listening to the stories of my old man. He was a police inspector in Northumbria Police when I joined and spent more than 40 years in policing. He was a great man, my dad – and it’s funny that I’ve mirrored his career and go to work each day looking to achieve exactly the same goal.

“The uniqueness of being a police officer is you are never quite sure what you are going to walk into on a daily basis. There’s a vast array of incidents that we deal with, from crime in the urban cities of Newcastle and Sunderland to the rural countryside near the Scottish border – and everything in between.

“What this documentary should show you is the human side of the officers who work in the Force, the people behind the badge who are good, honest, hard-working people.”

The second episode of ‘Our Cops in the North’ will be aired next Wednesday (July 24) at 9pm on BBC One.