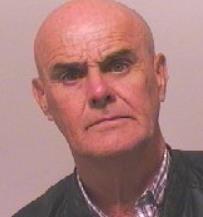 Man guilty of sexually assaulting school girl in the nineties

A man has been found guilty of sexually assaulting a young girl in the early nighties.

David Wood, 62, who lives in Spain but formally of Sunderland, had been accused of inappropriately touching the school girl, carrying out a sex act in front of her and asking her to perform a sex act upon him.

The victim only found the confidence to come forward and tell police about the abuse in 2017.

Woods was arrested and later charged with two counts of gross indecency and one count of inciting a child.

He denied the charges but was found guilty by a jury at Newcastle Crown Court on 15 July. He will be sentenced at the same court in September.

Detective Constable Grace Willett of the Force's Safeguarding department took on the case when the victim bravely came forward in 2017 after almost thirty years of silence.

Det Con Willett said: "It takes so much courage to come forward and report incidents of this nature to police, especially when they are historic reports.

"This victim found the strength to come forward and she now has justice for the vile actions this man imposed on her.

"While we await his sentence, I hope this can be the start of a process of recovery for the victim and that she can begin to move forward with her life.

"I would urge anyone who has been a victim of sexual abuse to please come forward to police. Please don't suffer any longer. We are here to listen and take action."

If you have been a victim of any form of sexual abuse, whether this is recent or historic, please come forward and contact police on 101, or 999 in an emergency.