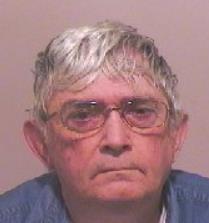 Man jailed after sexually assaulting boy in a supermarket

A man who groomed his way into a family to sexually abuse a young boy in a supermarket has been jailed for four years.

John Riley Caizley, 71, of South Shields, targeted a family and gained their trust in order to become closer to the young boy.
Over the course of two years, the man would buy the boy gifts and food and give him money.

On a shopping trip with the family in 2018, Caizley plied the boy with soft drinks in order to get him to go to the supermarket toilet.

Caizley then took the boy to the toilets where he sexually assaulted him. The victim reported it to his family later that evening and they reported it to police.

The paedophile was arrested and subsequently charged with two counts of inciting a child and three counts of sexual assault by touching.

He was found guilty of all five counts at Newcastle Crown Court in May and last Monday (July 22) he was sentenced to four years in prison.

Caizley was also made subject to a Sexual Harm Prevention Order which prevents him from any unsupervised contact with a child for life.

A statement read out in court on behalf of the victim's family said: "John had befriended our family, in my mind, in order to groom my son.

"I had never met John until he approached us whilst shopping in Jarrow two years ago. He seemed friendly and supportive. He gained our trust.

"Since the assaults my son has been withdrawn, he now rarely goes out to play and does not converse with adults he knows.

"He had no reason to lie and forensic evidence strongly supported his account. Yet, Caizley increased the trauma he had already inflicted upon my son by making him give evidence at court.

"Caizley has taken the fun, trust and innocence from my son."

Detective Constable Sam Muhsin led the investigation and was praised by the family following the conclusion of the case.

Following the case, he said: "This man has taken advantage of a family's trust in order to sexually assault this young lad which is utterly immoral.

"This is why for police officers, it is so important to get justice for those who can't seek it for themselves.

"It has been such a horrific case for the victim and also his family who feel they have also been abused by Caizley."

If you have been a victim of sexual abuse or assault, either recent or historic, please come forward and contact police on 101, or 999 in an emergency. Search Northumbria Police sexual assault for advice.