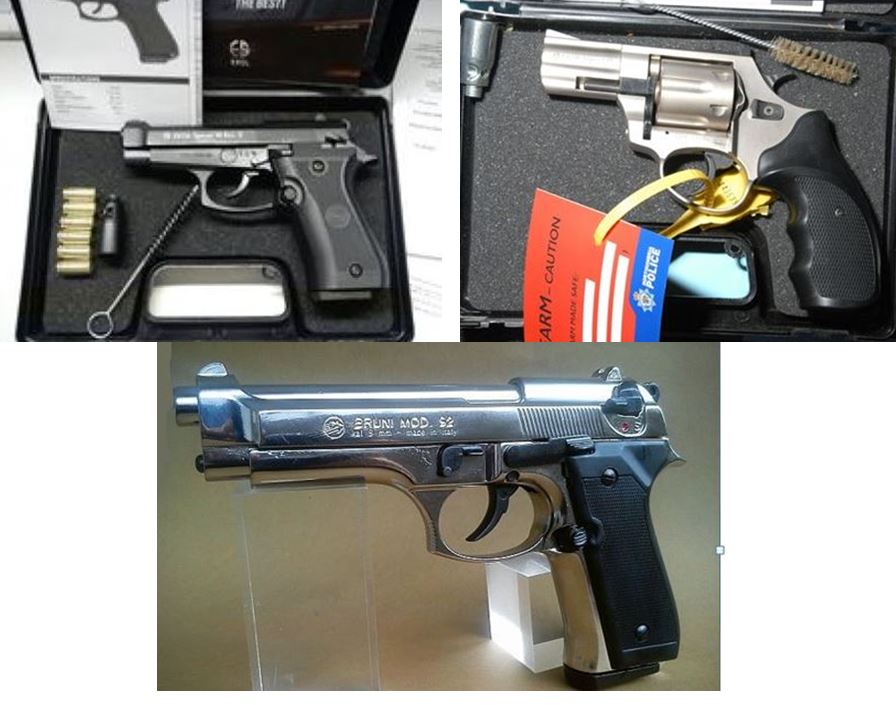 Officers clamping down on the possession of illegal firearms have seized three pistols and a quantity of Class B drugs following multiple strikes in North Tyneside and Newcastle.

Earlier this month officers from Northumbria Police carried out visits to properties in Gosforth, North Shields Lemington and Hexham, acting on intelligence received from partner agencies which suggested a number of firearms were being kept illegally.

“I want the public to know we are working hard to fight against gun crime under the banner of Operation Sentinel, our initiative to tackle serious and organised crime. We are taking part in Operation Aztec – the national firearms surrender which takes places this week (July 20- August 4) – and are actively encouraging people to bring their unwanted firearms to designated police stations where you can dispose of it safely and of your own accord, rather than have our officers turn up on your doorstep at a later date and risk prosecution.

“If you know where a weapon is being kept illegally, now is your chance to give up the gun, or tell us anonymously where it is. You will not be prosecuted and you could save a life.”

Any weapons handed in through Operation Aztec will be disposed of by the Force. Those handing in firearms will be free from prosecution at the time of the surrender, but may face further action at a later date if their firearm has links to criminality.

You can bring an unwanted firearm to either Forth Banks, Middle Engine Lane or Southwick stations anytime until August 4.