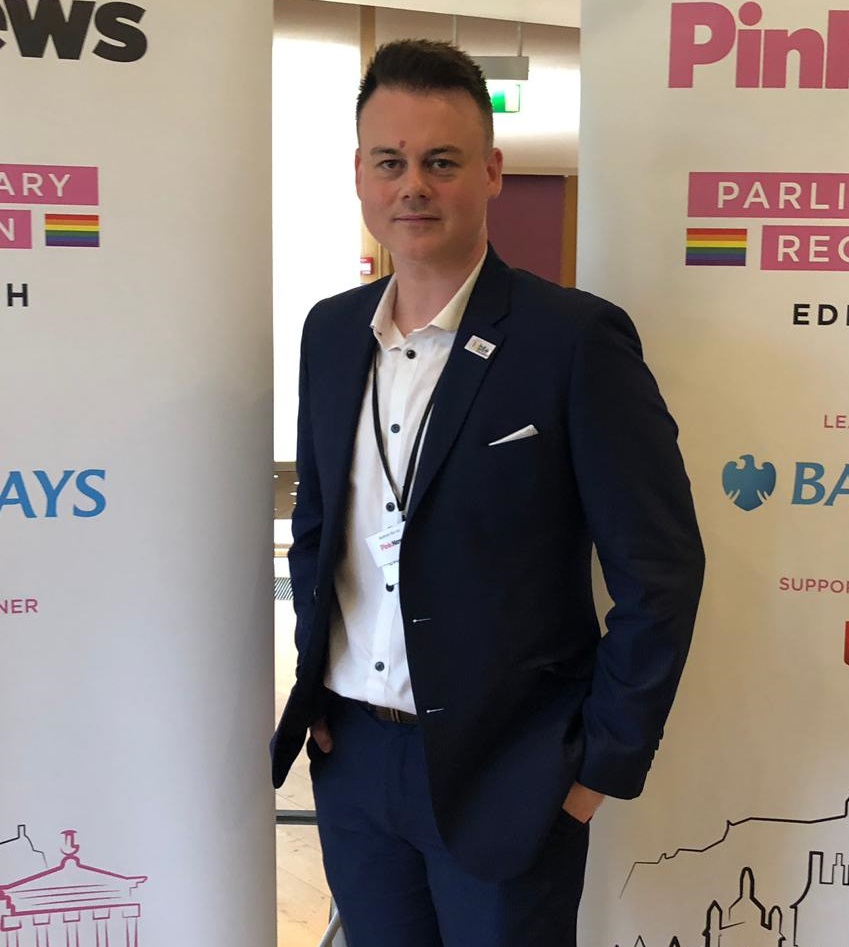 Our ‘Proud of Our People’ this week is very much about the pride!

The month of June, declared Pride month, sees people all across the world celebrating and supporting the lesbian, gay, bisexual, transgender plus community (LGBT+).

Northumbria Police continues to hear heart-breaking stories of individuals who suffer horrendous verbal and physical abuse just because of who they are.

And this month staff and officers have been doing their best to show their dedication to the LGBT+ community by participating in a number of events and parades.

Stations have been flying the LGBT+ flag across Northumbria as well as showing support at the numerous Pride events held in our region.

Detective Constable Matt Murray, Co-Chair of the Northumbria Police’s LGBT+ association, said it was vital that emergency services continue to build a strong relationship with the LGBT+ community.

He said: “It is important that we continue to carry out work that highlights Northumbria Police’s commitment and support to the LGBT+ community. As well as represent and support our own LGBT+ staff and officers.

“We’re really proud of what the LGBT+ association has achieved recently – in June this year we were made aware that Northumbria Police has again been shortlisted to the top 10 in the finals for the 2019 Pink News Awards and we have remained in the Stonewall top 100 employers for two years running now.”

DC Murray is the co-founding member of the association which was established in January 2016 and first joining the force in 2008 where he was stationed at North Tyneside.

He has since progressed within the force and currently works as a detective in CID within Northumbria’s Central Area Command.

He added: “I am a proud member of the LGBT+ community myself and extremely proud of the network we have developed which supports my colleagues on LGBT+ matters which in turn reassures our LGBT+ communities.

“No one should be targeted for who they are and we have a responsibility to let those victims know that we’re here to put offenders before the court.

“We volunteer our time to reaffirm our commitment to equality, diversity and inclusion- everyone has the right to feel listened to and supported, and everyone here at Northumbria Police is here to make sure that happens.”

Officers and staff from Northumbria Police’s LGBT+ association have also presented local mental health charity Tyneside and Northumberland MIND with a cheque of £1,105 as a result of their fundraising efforts throughout the year.

The committee is made up of police officers, staff and volunteers who are incredibly passionate about LGBT+ equality and dedicated to positively supporting all communities.

The Northumbria Police LGBT+ Support Association is committed to supporting LGBT+ matters in collaboration with the National Police LGBT+ Network.

Pride season finishes with the big Northern Pride event between July 19-21st at Town Moor and Exhibition Park in Newcastle-Upon-Tyne, with the association taking part in a 5k run with Northern Frontrunners on the Saturday.

You can find out more about how Northumbria Police are supporting diversity, equality and inclusion by visiting our website www.northumbria.police.uk

Anyone who is a victim of hate crime can contact police via 101, or 999 in an emergency, or by dropping into their local station or visiting our website for more info.