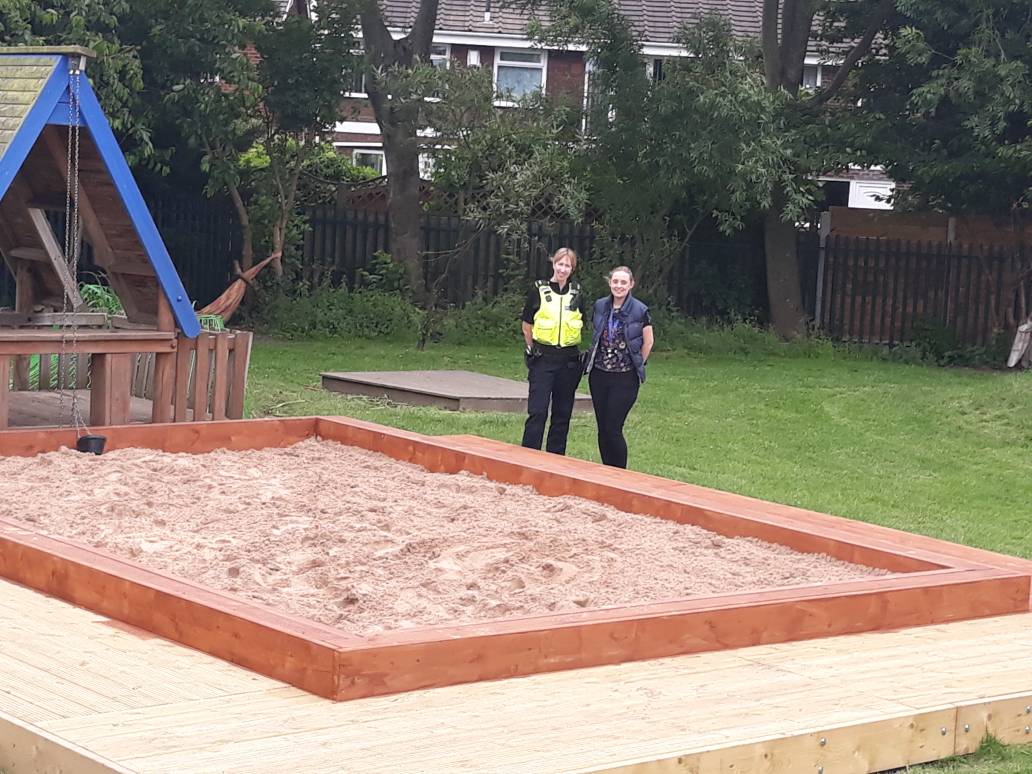 The children at New York Primary School in North Tyneside were left with an unfinished sandpit in their school play area after the decking being used to build it was stolen.

Police received the report of theft shortly before 4.30pm on Monday July 1 and the local Neighbourhood Policing Team soon sprang into action.

Officers carried out various lines of enquiry and by gathering local intelligence and working with residents in the community, they were able to quickly retrieve the decking in the condition it was stolen.

Sergeant Phil Banks, one of the investigating officers, said how he and his team take great pride in being able to protect and support the local communities.

He said: “It’s sad to think that people would steal from schools, especially when it is something like this that the children were so looking forward to.

“The success of this was down to the quick thinking of the team and the fantastic intelligence gathering we carried out along with partners in the local community.

“I hope this sends a strong message to potential offenders that we take criminal activity in our communities very seriously and it simply won’t be tolerated.

“Being able to help protect and support the community is definitely one of the highlights of my job and I’m delighted we were able to get the decking back for the children- the finished sand pit looks great!”

New York Primary School Head Teacher Jill Shaw, said: “I am delighted that positive relationships between school, our community and local police have resulted in the speedy recovery of our stolen decking and that New York Pupils can celebrate by playing in the completed sand pit.”

A 40-year-old man has been interviewed under caution in relation to the incident.