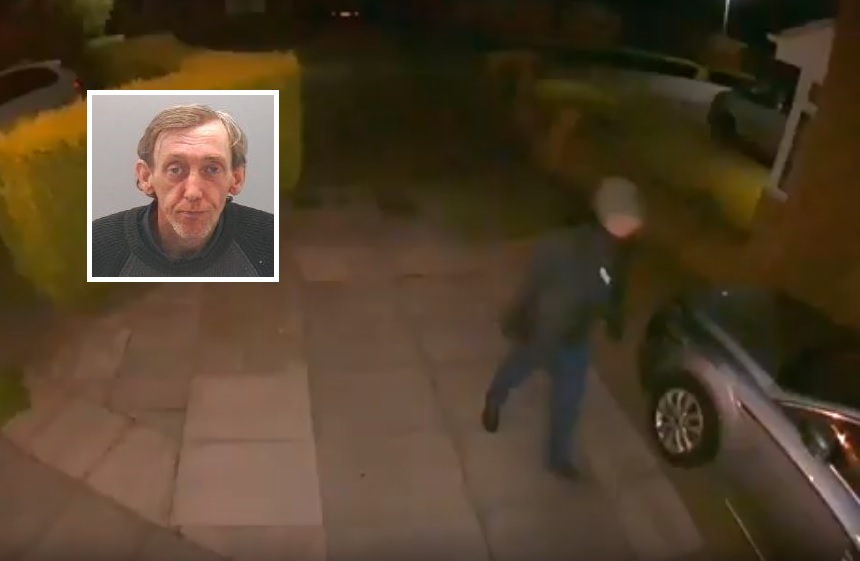 Prolific thief convicted of stealing from cars in Gateshead

A prolific thief who spent hours walking through the streets of Gateshead trying car doors and stealing people's belongings has been jailed.

Jonathon Bird, 41, was captured on CCTV walking through Wardley and trying to gain entry to cars parked on residential streets.

Residents in the area reported incidents to police and officers on the neighbourhood team reviewed hundreds of hours of CCTV.

They were able to pull together a picture of the thief's movements and eventually Bird was identified as the prime suspect.

Officers arrested him at an address on Toberty Gardens in Wardley at which point they also seized a haul of suspected stolen goods.

He was interviewed but denied being involved despite being shown CCTV of his offending by the investigating officers.

Bird, of Toberty Gardens, was eventually charged with one theft from motor vehicle and seven counts of vehicle interference.

He appeared before South Tyneside Magistrates' Court on Monday where he pleaded guilty and was remanded to be sentenced at the same court on September 12.

Following his conviction, Sergeant Elliott Richardson thanked the local community who supplied officers with the CCTV evidence that put Bird behind bars.

Northumbria Police have also released some of the footage that shows the thief targeting cars on Follingsby Drive and Havercroft in the Leam Lane estate.

He said: "This streak of offending caused a lot of distress in Wardley and residents were left fearing that their property would be targeted next.

"Thanks to the community spirit in that area we were able to speak to a huge number of residents and secure a mountain of evidence.

"We reviewed hours and hours of CCTV footage and built up a picture of offending that led us right to the offender's doorstep.

"He has now been remanded in custody which means he is behind bars at least until his sentencing hearing next month, where he could face a further custodial sentence.

"The public have been a huge help in this case and they are the reason why we were able to take this prolific thief off the streets of Gateshead.

"If you notice someone acting suspiciously in your neighbourhood then pick up the phone and call police. You could help us make our region a safer place to live."

If you notice anyone acting suspiciously in your neighbourhood then contact police on 101. If a crime is in action then always dial 999.

In a non-emergency you can also report information online at the Northumbria Police website.