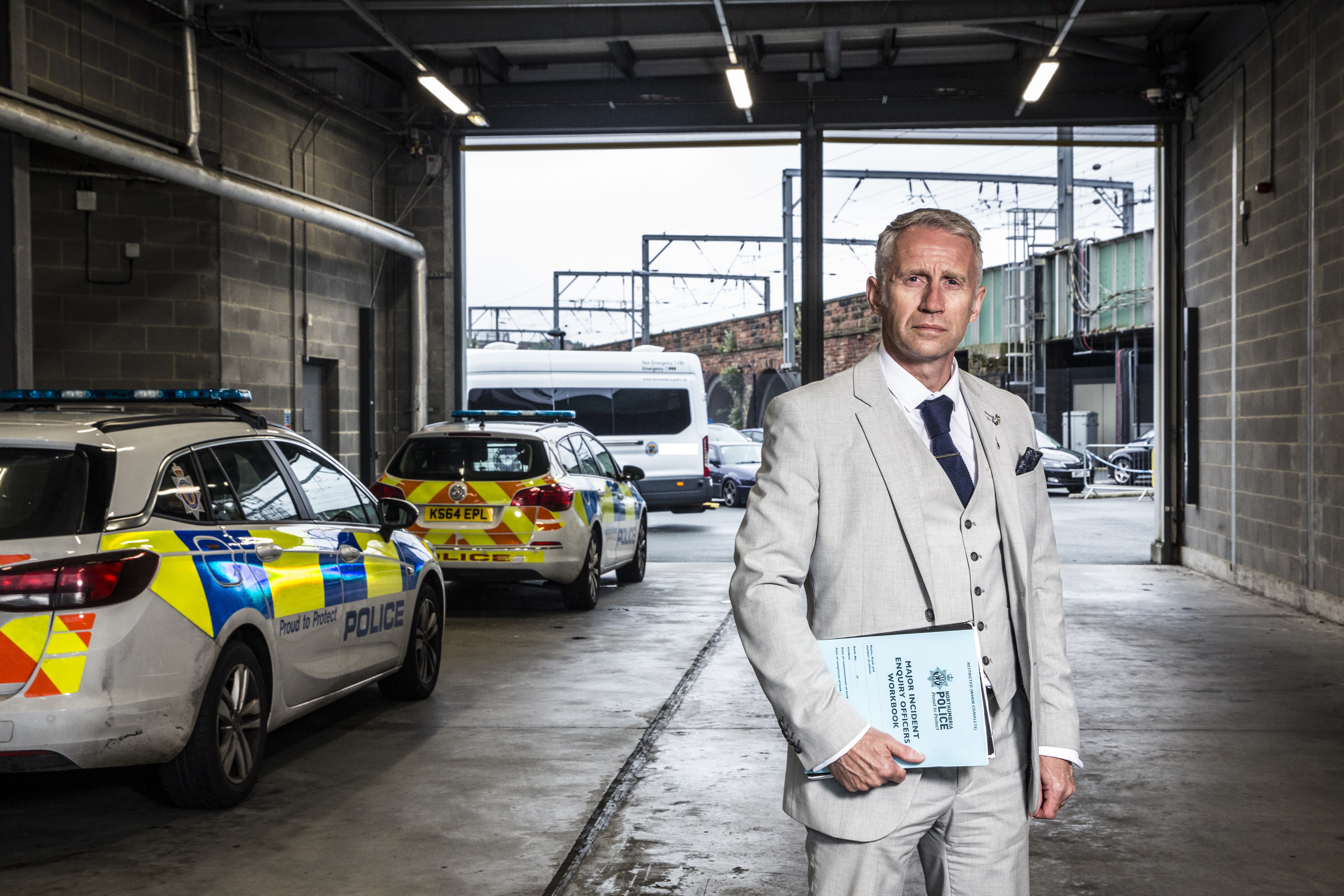 Investigating some of Northumbria’s most serious crimes was a lifetime ambition for Detective Chief Inspector John Bent.

As a youngster, he and twin brother Peter grew up in Hebburn dreaming of becoming detectives, bringing criminals to justice and making a positive difference in the community where they lived.

Now, with John one of the Force’s most senior investigating officers and Peter as a Superintendent with nearly three decades’ service, that youthful dream has turned into reality.

For John, who featured on last night’s episode of BBC One series ‘Our Cops in the North’ as he spearheaded the investigation into the murder of Gavin Moon, leading a team of detectives is the “pinnacle” of his career.

“I always wanted to work in the police, ever since an early age,” said Det Ch Insp Bent, who will mark 24 years’ service in September.

“In many ways, being a detective suits my personality. I’m quite organised, have an eye for detail and always had that burning desire to serve the public.

“I got a bit of insight into the work Peter did, he has very much been a career detective and joined five years before me, so it was an easy decision to follow that path myself at the age of 27 – the day after my birthday.

“Being a senior investigating officer (SIO), for me, it’s the pinnacle. We deal with the most demanding, most interesting and most complicated cases, which tend to be homicides – that’s the epitome of being a detective.

“It’s challenging but also really rewarding, being left as a team of individuals to solve a crime and rely on the skills and abilities of an outstanding team of detectives. They are the cream of the crop and tenacious in everything they do. It is a privilege to work with them.”

Being a detective can throw up its fair share of highs and lows, admits Det Ch Insp Bent, who has dealt with more than 20 homicide jobs over the last five years as an SIO.

It can often lead to gruelling 100-hour weeks involving painstaking levels of detail whilst collecting evidence, analysing a crime scene and ensuring offenders ultimately have their day in court.

“When a job breaks, everybody drops what they are doing,” Det Ch Insp Bent said. “It can be a high-pressure time. You go into work expecting to go home that night, but if a murder is committed and it lands on your desk, that becomes your life.

“Being a detective is not for everyone. You have to be flexible, you have to be willing to adapt – this is something you do because of the love of the job.

“With challenges like this, the ultimate ambition is to bring some kind of justice to a family. You can never change the circumstances of what has happened, but your role is to build the best evidential case to ensure those responsible are brought to justice.

“With a murder trial, like the Gavin Moon one,  you have to make sure you have covered all bases so the jury goes out with the best possible chance of bringing back a guilty verdict.

“You can’t put a price on those couple of moments when the foreman of a jury stands up, the judge asks them for their verdict, and it comes back as ‘guilty’.

“That’s like scoring a goal in the cup final, and while you don’t show that emotion, inside every member of the team feels an enormous sense of pride and satisfaction.

“Bringing that justice to a family is the thing that, one day when I have finished my career and look back, I will do so with pride – they are the best moments in this job.”

In last night’s episode of ‘Our Cops in the North’, the third of six instalments to be aired on BBC One, Det Ch Insp Bent led the investigation into the callous murder of Washington dad Gavin Moon.

Luc Barker, 29, and Brian Goldsmith, 47, each used a large knife to fatally wound the father-of-two before leaving his body lying in a flat for 24 hours.

Both men denied murder, but were found guilty by a jury earlier this month. Last week, a judge sentenced Goldsmith to life imprisonment and ordered him to serve a minimum of 18 years behind bars, while Barker was told he must serve a minimum of 16 years of his life sentence.

With Barker already in custody, much of the episode centred on the police search for Goldsmith, who remained at large.

“Goldsmith was wanted and within 48 hours of this job it became clear that he had been closely involved in the commission of this offence,” Det Ch Insp Bent said. “He posed a risk to society given he was believed to have committed murder and we hadn’t found the murder weapon.

“We needed to find him and I think the tenacity and the teamwork that was put in to achieve that came across in last night’s episode.

“We used every tool in the box to rattle those cages, because as an SIO my view was that if we kept doing that, Goldsmith’s family or associates would get fed up and either ring up themselves and tell us where he was, or get him to hand himself in – and that’s exactly what happened.”

You can watch all three episodes of ‘Our Cops in the North’, made by 72 Films, on catch-up via BBC iPlayer.