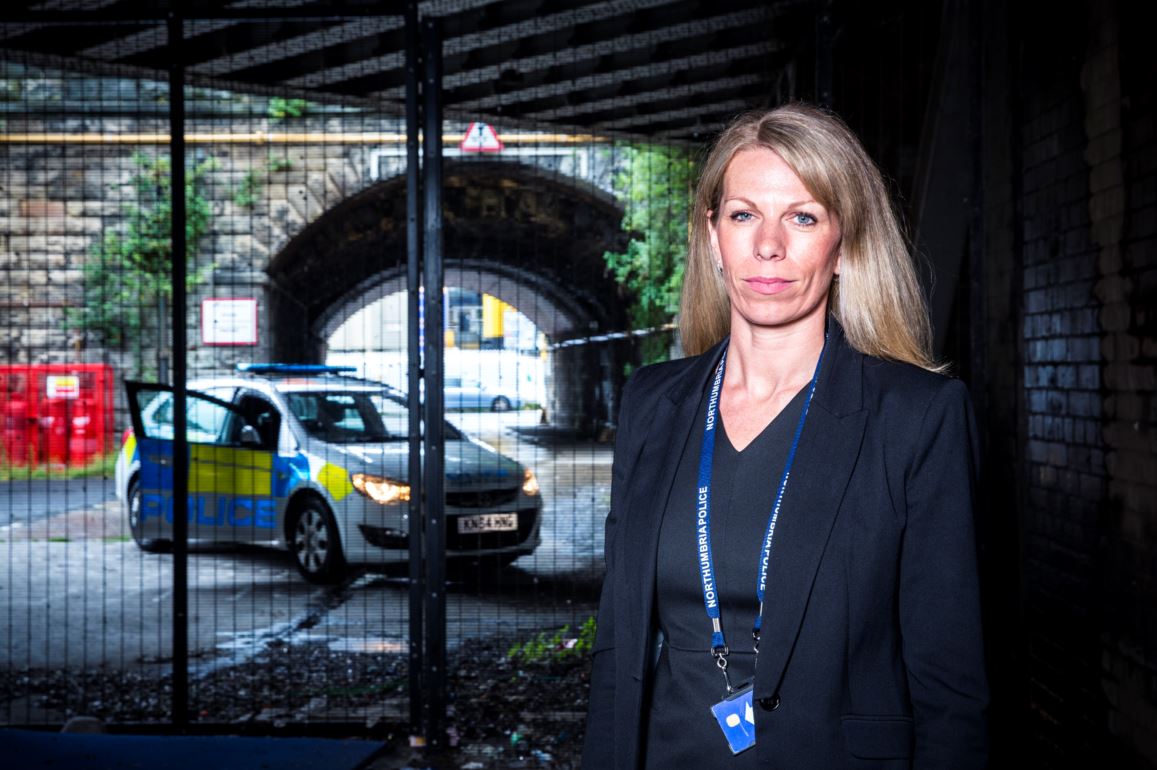 'She's been an officer, counsellor and friend all in one': Family thank detectives who comforted them in darkest hour after grandmother's stabbing

The family of a grandmother who was stabbed to death in the shop where she worked has thanked the detectives who comforted them in their darkest hour.

Joan Hoggett, 62, was stabbed to death as she worked at the One Stop shop on Sea Road, Sunderland, in September last year.

The investigation featured in the second episode of prime-time series ‘Our Cops in the North’, which was aired on BBC One last night (Wednesday).

The latest instalment followed Detective Constable Kimberley Hinds, who acts as a family liaison officer to Joan’s family and has been with them from the very first days of the case.

Joan’s daughter, Michelle, has paid tribute to DC Hinds and says she has been “an officer, a counsellor and a friend” to the family over the last 10 months.

“Kimberley has been a huge help for us – we wouldn’t have got through this without her,” Joan’s daughter, Michelle, said. “She has gone above and beyond anything we expected.

“It’s like we’ve had a friend with us – someone who has shown such fantastic support to the family and who has always been on the end of a phone.

“I’d like to thank her and DC Alan Williams, another family liaison officer who supported us every step of the way, for everything they have done.

“This case has been so difficult for us all, but Kimberley in particular has been a sounding board who I have felt comfortable to tell exactly how I was feeling.

“She has a way of being able to listen and then put things into perspective – she has been an officer, a counsellor and a friend all in one.”

Last night’s episode showed the police investigation that followed Joan’s killing and the subsequent conviction of 19-year-old Ethan Mountain who was responsible for her death.

Mountain, of Heaton Gardens, South Shields, admitted manslaughter with diminished responsibility  but denied murdering the grandmother – claiming he was “not in the right frame of mind” at the time of the offence.

In March, a Newcastle Crown Court judge ordered a jury to find Mountain not guilty of one count of murder on the grounds that his mental responsibility for the killing was diminished.

Mountain, who was admitted to a psychiatric hospital in 2017 and treated with anti-psychotic medication, was told he would spend an indefinite length of time in a secure hospital.

Reflecting on the case, DC Hinds – who joined Northumbria Police in 2001 - said: “I’m not ashamed to say I cried when I watched the CCTV.

“Joan could have been my gran – that’s what I kept thinking. This investigation had every twist and turn, but throughout it all, Joan’s family showed such incredible strength and dignity. I have total admiration for them.

“It was a rollercoaster. I’d only just returned from maternity leave after 14 months off, and this was my first case upon returning to work.

“It had such an emotional intensity. Joan’s birthday fell during the trial, as well as the birth of her great-grandchild, so it was a poignant time– but there were also some really special moments too for the family, knowing just how proud she would have been.”

Through her role as a detective and a specialist family liaison officer (FLO), DC Hinds has worked with dozens of families who have had to endure the heartache and anguish of losing a loved one.

And it is a role that she is incredibly passionate about, knowing she is often the first port of call for those in bereavement during and following a major crime investigation.

“You go into someone’s house knowing you’re going to be the face of the Force for that family – the person they turn to for months and sometimes years to come,” DC Hinds, 39, said. “It’s a huge responsibility.”

“As a FLO, with any role in the police, you need to be able to talk to people from all walks of life. You need to earn the trust of a family, to show genuine empathy but also know your boundaries.

“You do build a strong relationship with families, as you’re helping them through the most traumatic period of their life. You are with them from the very first day of an investigation when you’re knocking at their door, all the way through to a conviction or sentencing – and often beyond.

“It’s not all tea and biscuits, pink and fluffy. Sometimes you can find yourself being a bit of a verbal punch bag, but it’s your job to help that family and guide them through the time when they are at their lowest ebb.

DC Hinds continued: “I’m a people-person, and always have been,” DC Hinds said. “At school, every report included the same sentence - ‘needs to be quiet’.

“I wasn't overly-academic at school, but I soon realised I wanted to follow a profession that involved talking to a lot of different people, and trying to make a positive difference. Thankfully, my role as a detective and a FLO ticks both of those boxes.

“I’m incredibly fortunate to work with such a dedicated team of detectives, who deal with some of the most serious crimes committed across Northumbria, but who do so with such heart and pride in the communities they serve.”

The third episode of the ‘Our Cops in the North’ series, made by 72 Films, will air next Wednesday (July 31) at 9pm on BBC One.