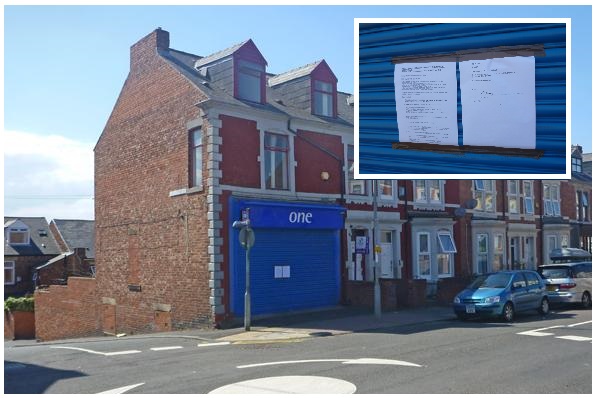 A shop that stocked illegal cigarettes and sold alcohol to teenage children has been closed down in a joint operation with police and the council.

Coatsworth Convenience Store on Coatsworth Road in Gateshead has been the subject of numerous complaints in recent months.

Residents in the area had complained about rising anti-social behaviour around the shop and raised concern about sales of alcohol and cigarettes.

Council officers and police carried out a number of test purchases to identify whether or not the shop was breaking any laws.

But the concerns of residents were confirmed when an undercover council officer bought illegal tobacco and alcohol was sold to a 15-year-old boy.

Last week, council officers issued a Closure Notice prohibiting access for 24 hours, with only the council, the landlord and the emergency services allowed to enter.

All of the locks were changed and copies of the notices were fixed to the front and rear of the property.

They application was lodged at Gateshead Magistrates' Court and was granted by the court, meaning the premises will be closed for the next three months.

Neighbourhood Inspector Michael Robson said: “We have a fantastic relationship with the local authority and work closely with them to help improve the lives of residents and businesses in the town.

“This particular shop had become a hub for anti-social behaviour and attracted large crowds of people. In an undercover police operation we even caught them selling alcohol to a 15-year-old boy.

“The shop owners were regularly spoken to by police and the local authority in a bid to prevent visitors to their store causing trouble in the community.

“However, they failed to listen to that advice and we have put a lot of work into securing this closure order.

“This should send a strong message to businesses who refuse to co-operate with authorities when it comes to making the town a better place to live.

“If you help feed anti-social behaviour, and look to profit from the illegal sale of alcohol to children, then we are not afraid to take these kind of measures.”

Anneliese Hutchinson, Service Director of Development, Transport and Public Protection, says: "This kind of unlawful behaviour will not be tolerated."

"We have received numerous complaints about the illegal activities taking place at these premises, but we have also uncovered numerous flagrant breaches of their licence conditions.

“It is now clear that this shop is associated with a great deal of criminal behaviour and its operation is not in the public interest, so we have successfully used the anti-social behaviour legislation to shut it down.

"Our investigations into the activities at these premises continue and we would expect that more action will follow."

Gateshead Council and Northumbria Police officers have seized quantities of illegal tobacco from the premises.

Other offences include obstruction of the police and numerous breaches of the shop's alcohol licence conditions.

Investigations by both the police and council will continue and further action against the owners and operators of the business is being considered.