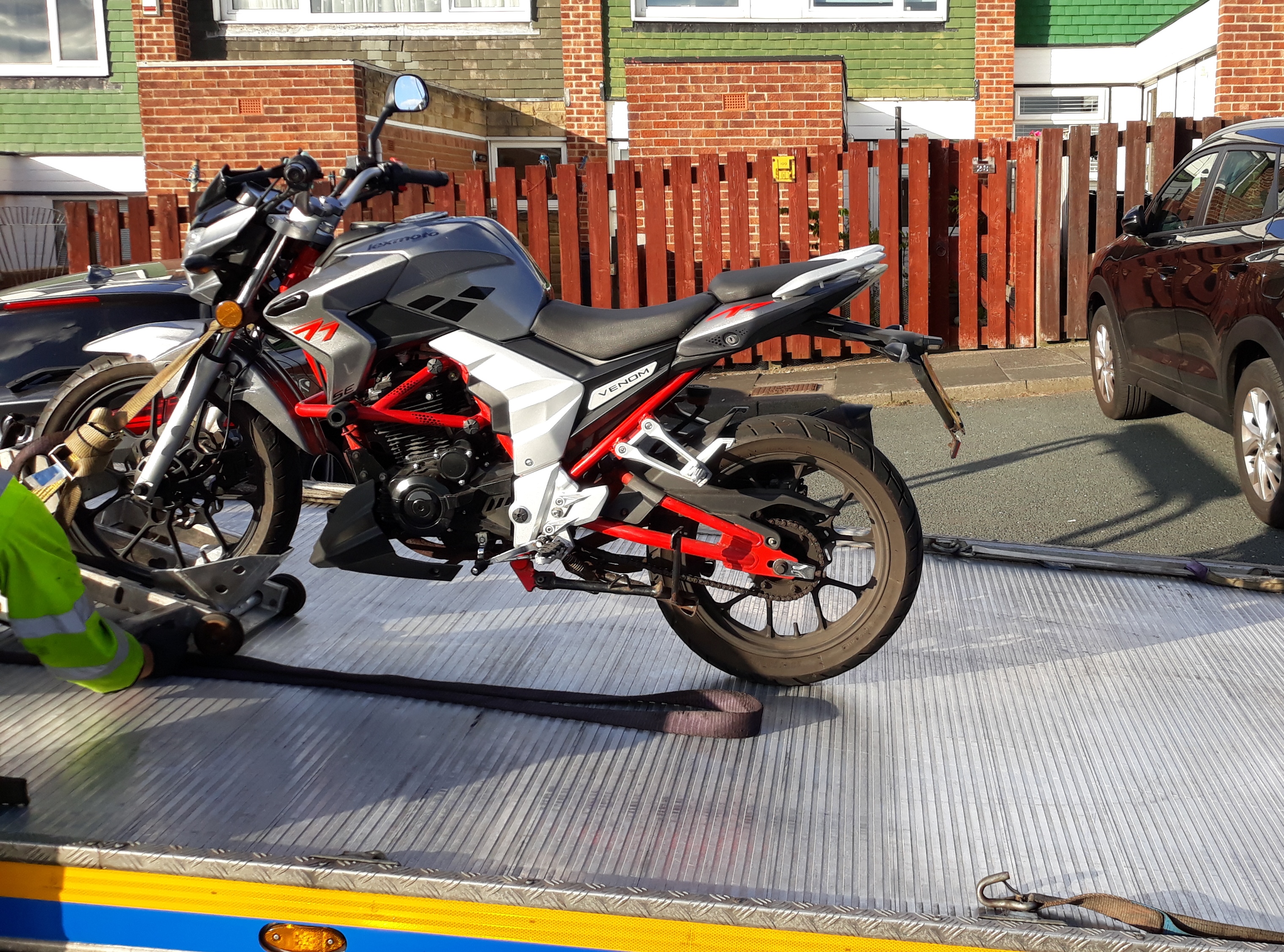 The Operation Benelli team seized the Lex Moto 125cc motorcycle on Tuesday after a tip-off from a member of the public.

They had contacted police to report two motorcycles were riding in an anti-social manner around Gateshead.

Officers on patrol in the area carried out enquiries that led them to address in Sheriff Hill where they found the a motorcycle they suspected to be stolen.

They seized the bike and were able to establish it had been stolen from the Teams Valley Trading Estate on Monday.

Once the investigation has been completed the bike will then be returned to its owner.

Det Sgt Craig Brown, of the Operation Benelli team, has asked the public to continue to report any motorcycles acting in an anti-social manner across the region.

He said: “We got a phone call about something that didn’t seem quite right and it’s enabled us to located a stolen motorcycle.

“I want to thank that caller for their vigilance and want the public to know that these kind of calls can be a huge help to us.

“We have been very proactive in our work in this area and these type of calls tell us that the message is getting through.

“Enquiries to identify those responsible for the theft will continue but these positive results show that our work is having an impact.”

The Op Benelli team cover Newcastle and Gateshead and are made up of a number of experienced and specialist officers based at Etal Lane Police Station.