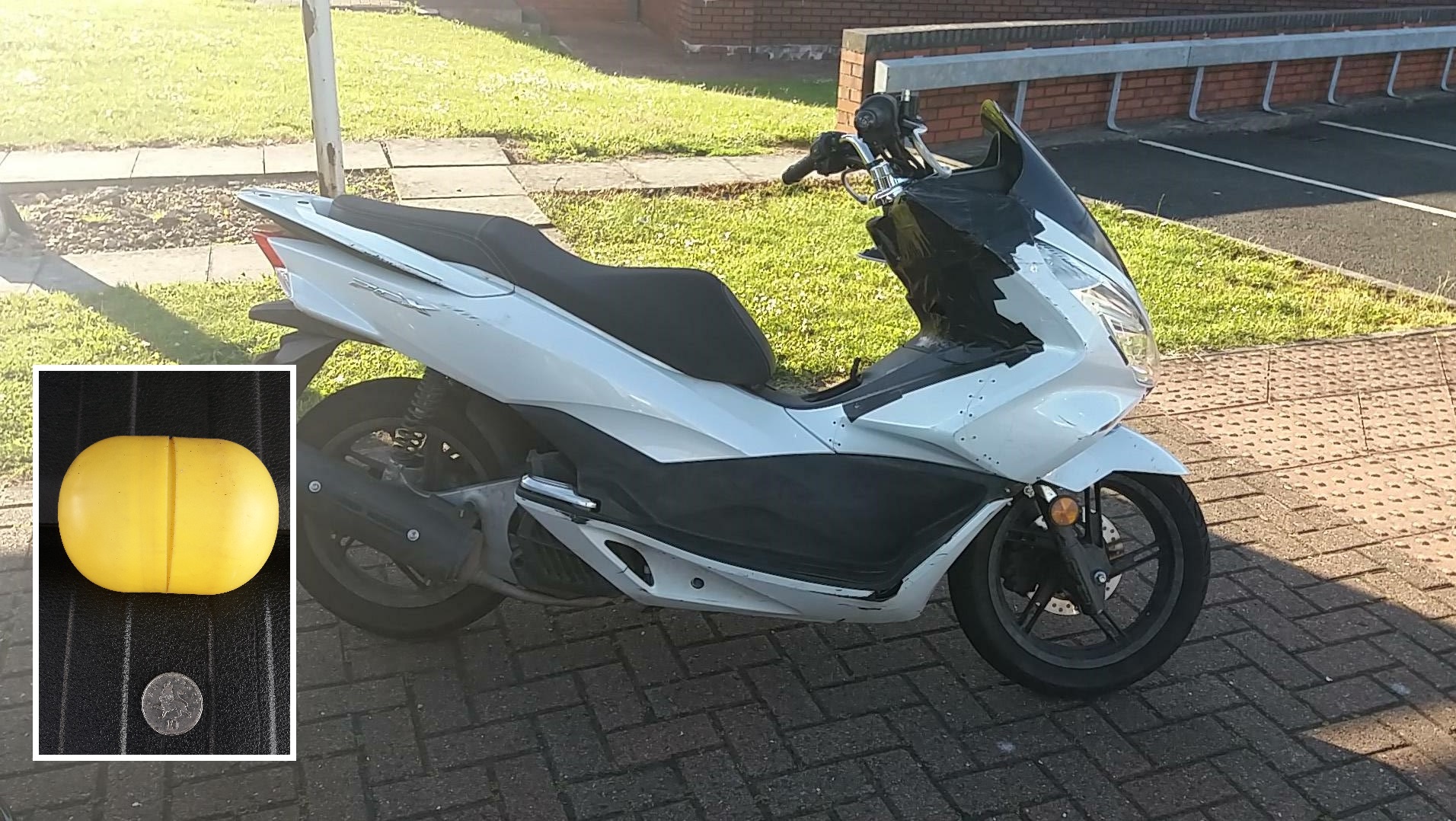 A teenager has been arrested after a motorcycle was stolen from outside a Gateshead leisure centre.

The black Honda motorcycle had been reported stolen from outside the leisure centre on Alexander Road last October.

So when officers saw the same vehicle being ridden along Scotswood Road in Newcastle on Monday they started to follow it.

When it stopped at traffic lights near to the McDonalds at the Metro Centre officers pounced.

The teenager riding the motorcycle was arrested and later found to be driving without insurance or a valid driving licence.

A kinder egg containing a small bottle filled with a suspected noxious substance was also seized.

The suspect has since been released from custody pending further police investigations.

But Northumbria Police’s specialist motorcycle task-force said the motorcycle in question can now be returned to its owner.

Det Sgt Craig Brown, of the Op Benelli team, said: “Officers were patrol in the area when the bicycle was flagged up as a suspected stolen vehicle.

“They have then waited until the vehicle was stationary at traffic lights before exiting the vehicle and placing a man under arrest.

“We are carrying out enquiries to establish if that individual is responsible for the theft of the bike but this shows how proactive we are on this issue.

“Our officers are always on the lookout for those who are suspected to be involved in motorcycle crime and this arrest should reassure the motorcycle community.

“But we still need help from the public and if you have knowledge about those involved in this type of offending then pick up the phone and call police.”

The Op Benelli team are based at Etal Lane Police Station and review every incident where a motorcycle has been used in the commission of a crime and try to establish any patterns of behaviour.