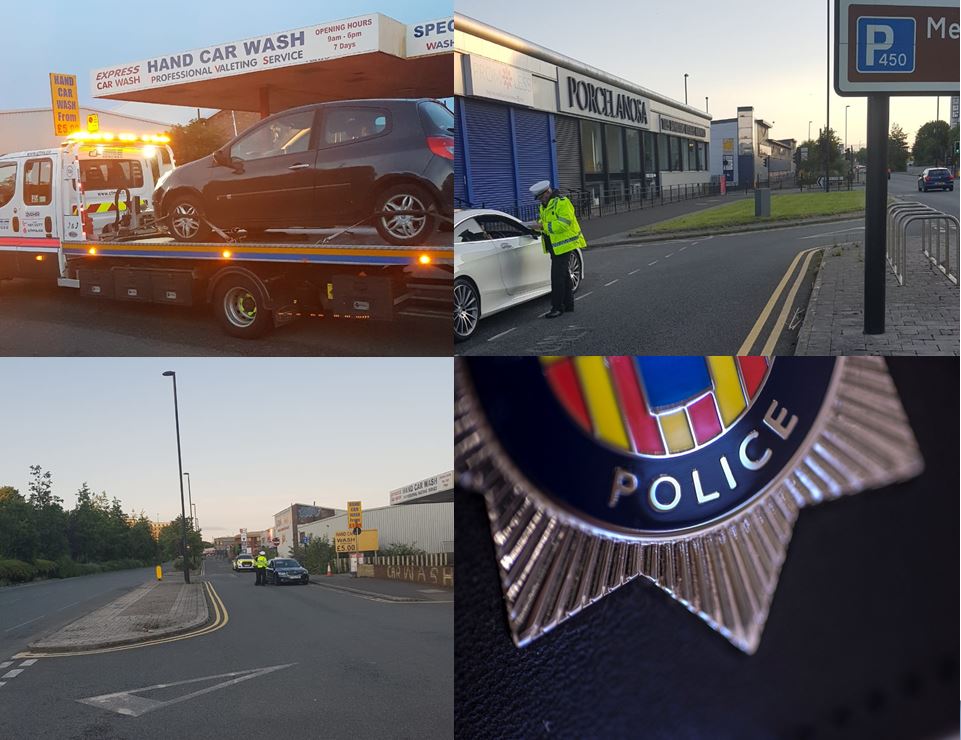 A team of Special Constables proved their worth once again as they joined forces with motor patrols officers to tackle illegal motorists.

The volunteers joined Sergeant Pinner Rana and his team last weekend as part of Operation Beacon, which targets all vehicle-related offences including uninsured vehicles, drivers without insurance and speeding.

Special Constables are volunteers who give up their own time to work alongside police officers to keep the public safe, and last month (June) 13 were hand-picked to work as traffic special constables so they can support motor patrols officers in the Force.

The newly-formed team proved to be eagle-eyed as they monitored motorists on Scotswood Road last weekend (July 20 & 21).

One vehicle was seized after a driver was found to have no license or insurance, while a number of motorists were pulled over for speeding. They have been reported and will face a subsequent penalty.

Sgt Rana, of Northumbria Police’s motor patrols department, paid tribute to the men and women who gave up their time over the weekend to support officers.

“Our specials play a crucial role in assisting the Force, helping us to engage with our communities and police important issues, and this weekend showcased that once again,” Sgt Rana said.

“They are a fantastic asset, and the specials sacrifice their own time to support their local police force on a range of issues.

“Our new dedicated traffic special constables have made a big impact over the last few weeks. They have supported us with road closures, assisted officers at the scene of a road traffic collision, carried out speeding checks and dealt with motorists under the influence of drink or drugs.

“Our roads can be a dangerous place, but we will continue to work with our special constables and partners to make them safer and take action against those who flout the law.”

The traffic special constables have many of the same powers as traffic officers, but are not able to take part in any pursuits.

All of those chosen to be part of the Motor Patrols department are existing special constables who have worked in the Force supporting response and neighbourhood teams.