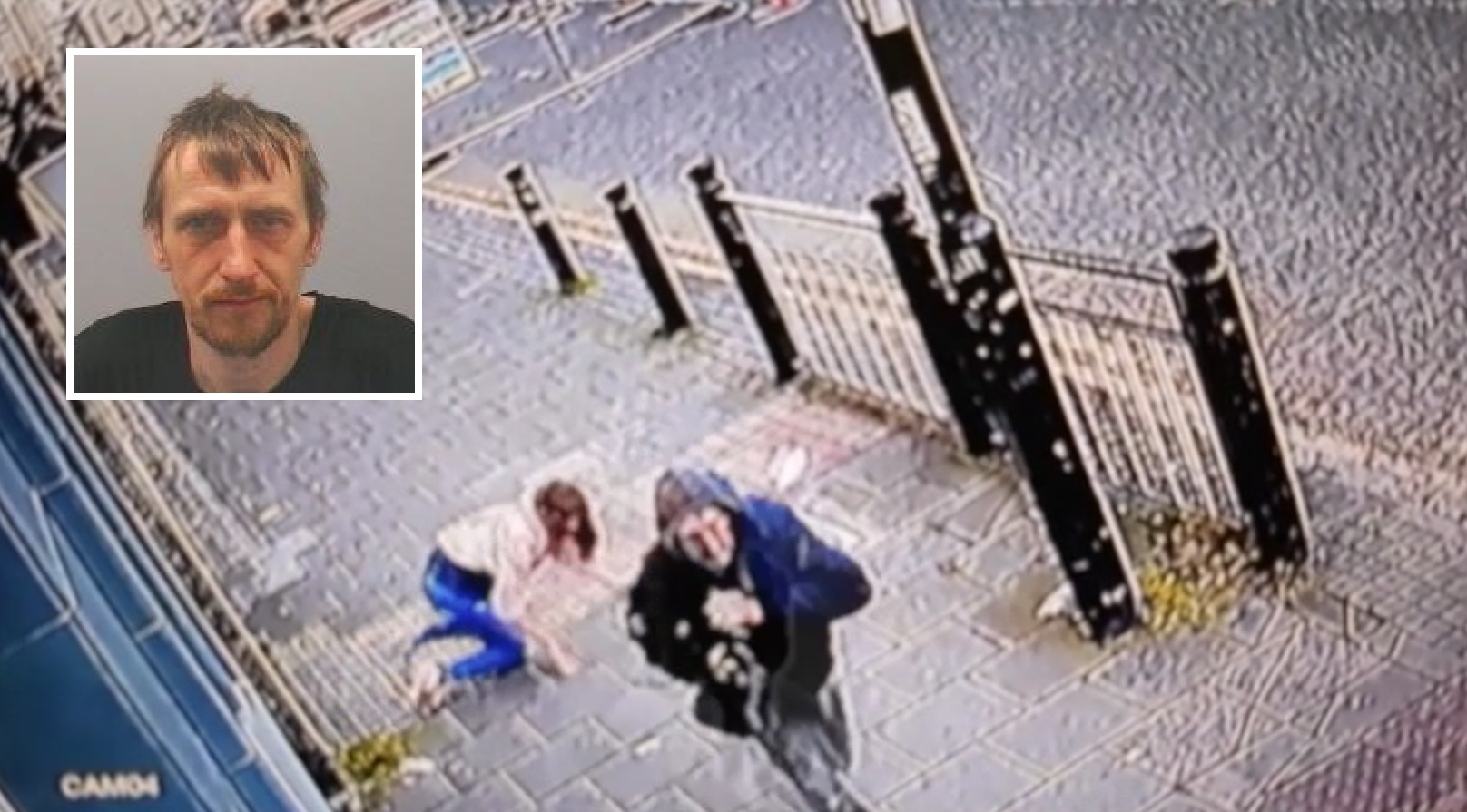 A thoughtless thief who snatched a handbag from a stranger in a broad daylight attack has been jailed.

James Hudson is today behind bars after admitting carrying out the robbery last month to feed his drug addiction.

The 37-year-old had been walking along Shields Road in Byker on June 1 when he approached a woman he did not know.

She had her back turned to him and Hudson creeped up behind and tried to steal the contents of the bag.

A court heard how the 50-year-old victim felt Hudson brush behind her and so she turned to confront the thief.

At this point he has grabbed the bag and snatched it from the woman's shoulder - causing her to fall to the ground.

The victim was left with a grazed elbow but bravely tried to chase after Hudson, however, he was able to escape with her belongings.

The very next day an officer on patrol in Newcastle city centre saw Hudson and recognised him as the same man as in CCTV images of the robbery.

He was arrested and found in possession of a distinctive cigarette tin that had belonged to the victim of the violent theft.

Hudson, of Merlay Hall, Walker, made a full admission in interview and said he had carried out a "spur of the moment" robbery to feed his drug addiction.

And this week he was jailed for 40 months at Newcastle Crown Court after pleading guilty to one count of robbery.

Following the case, police praised the bravery of the victim in the case and said they were glad Hudson had been handed an immediate custodial sentence.

Inspector Mick Brown said: "The victim in this case was minding her own business when she has been pounced upon by James Hudson.

"She has been hauled to the floor and had her handbag snatched from her. It must have been a terrifying few seconds for her.

"However, she has sprang to her feet and sprinted after the offender in a bid to make sure he did not escape justice.

"He managed to get away but thanks to the quick actions of police he was soon in police custody and fully admitted what he had done.

"The victim has been very brave throughout these proceedings and I hope she takes some comfort from knowing this man will be behind bars for the foreseeable future."

Hudson was sentenced at Newcastle Crown Court on Tuesday where he was also made to pay a victim surcharge of £170.