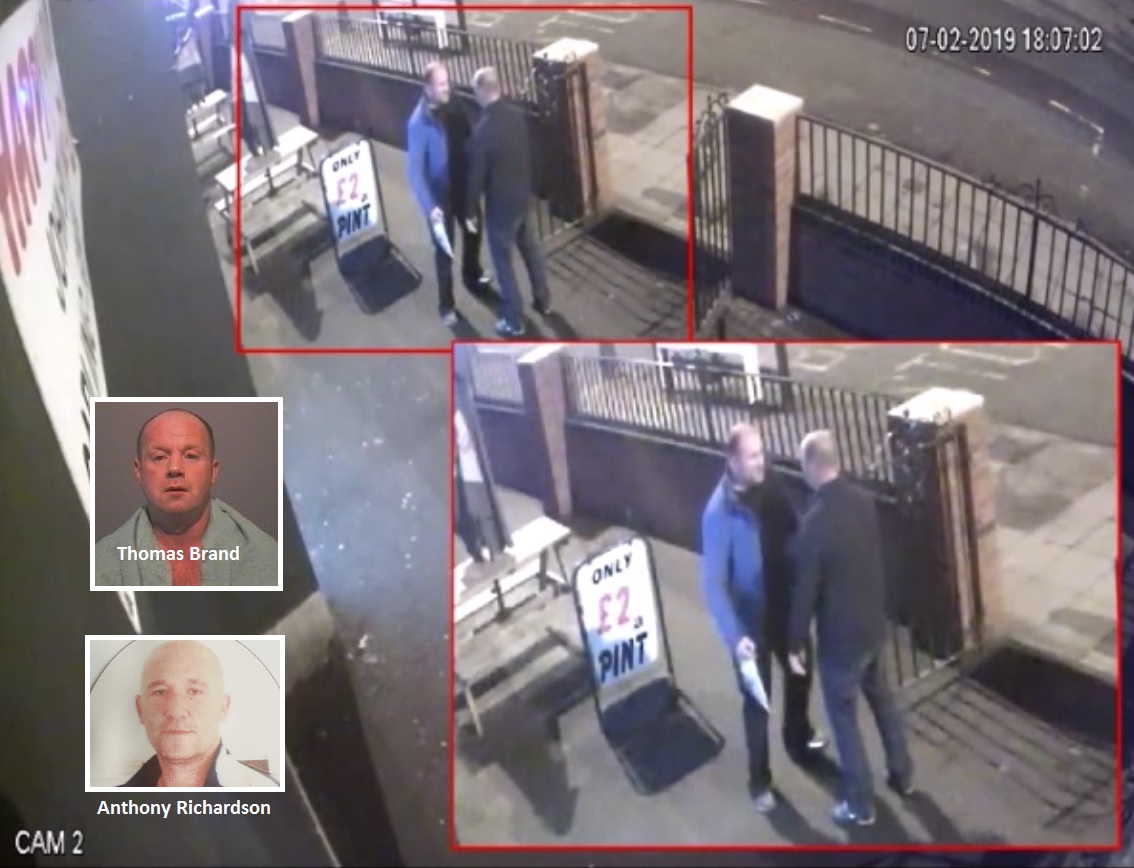 A thug who got into a fight with a man he considered a friend has been convicted of killing him in a shocking one-punch attack.

Anthony Richardson, 46, had been out at the Chesterfield pub on Elswick Road in Newcastle on February 7 when he became involved in a verbal altercation with Thomas Brand, who he had been drinking with that evening.

Footage, released by Northumbria Police, shows the pair arguing and Mr Richardson pushing Brand, 44, away from him, before he was knocked to the ground shortly after 6.20pm

Emergency services attended and Mr Richardson was taken to hospital with life-threatening injuries but sadly, passed away as a result of his injuries and a murder investigation was subsequently launched.

Thomas Brand, of Westmorland Road, Newcastle, was arrested shortly after the incident and charged with manslaughter.

Despite his claims of self-defence, he has today (Friday) been found guilty of manslaughter following a five day trial at Newcastle Crown Court.

He said: “This was a tragic and senseless incident which resulted in Anthony’s death and our thoughts are with his friends and family at this incredibly difficult time.

“Anthony’s family are still devastated by what has happened but have shown incredible courage and strength throughout these court proceedings.

“Throwing a single punch can have devastating consequences, cause life-changing injuries and even kill someone. Whether you thrown it in self-defence or not, just one moment of aggression can have a life-long impact on a large number of different people.

“Ultimately, one punch can ruin many lives. One man is in a grave, his attacker is now behind bars and the families of both men are left to suffer the consequences. There are no winners in this case.

“We would ask anyone who finds themselves in an altercation to take a step back and just walk away.”

A second man, Nathan Aldus, 29, of Shelley Avenue, South Shields was also arrested and charged with causing Actual Bodily harm. He appeared at the same court earlier this year where he pleaded guilty.

Both men are set to appear at Newcastle Crown Court on July 31 for sentencing.