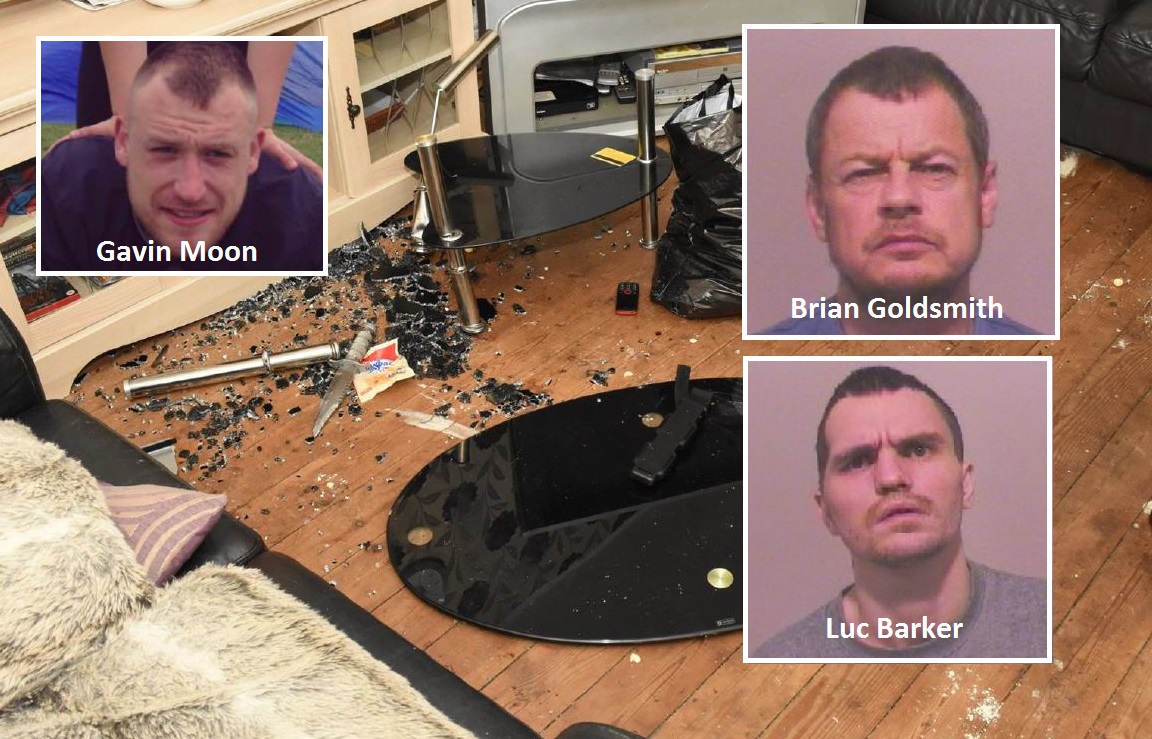 Two men have been convicted of murder after stabbing a father-of-two during a heated row.

Luc Barker, 29, and Brian Goldsmith, 47, each used a large knife to fatally wound 31-year-old Gavin Moon following a disturbance in a Washington flat earlier this year.

Moon’s body was found some 24 hours later inside an address on Trafalgar Road where he was temporarily living with Barker.

Police followed a CCTV trail which placed Barker and Goldsmith together shortly before the killing. A scratch card that Moon had bought on the morning of the attack was also found to be in Barker’s possession upon his arrest.

Both men denied murder but today (Tuesday) they were each found guilty by a jury following a three-week trial at Newcastle Crown Court.

Detective Chief Inspector John Bent, of Northumbria Police, said: “Our thoughts are of course with Gavin’s family at this difficult time. The last few months have been incredibly difficult for them as they’ve had to come to terms with their loss.

“On the day in question, Luc Barker and Brian Goldsmith were involved in a heated argument with Gavin.

“This argument then escalated and both defendants used separate knives, one of which inflicted the fatal injury to Gavin Moon, whom they then left lying on the kitchen floor.

“Despite knowing what they had done, neither individual contacted police - and officers were only called to the address on the following day after a neighbour was made aware of Gavin’s injuries.

“Their actions have caused a significant amount of pain and suffering to Gavin’s family and their final insult was to insist their innocence throughout this case.

“There can be no question that both Barker and Goldsmith are dangerous individuals who cannot be trusted to live lawfully within our communities. They must now deal with the consequences of their appalling actions.

“I hope today’s convictions bring some form of justice to Gavin’s family although finding any form of closure to such a senseless act will be incredibly difficult. They continue to be offered any support they need from specialist officers.”

A court heard Moon was last seen entering a shop on Waterloo Road at around 10.45am on January 7 where he bought a number of items, including a scratch card.

The following day, police were contacted after a neighbour rang 999 claiming he had been told by Barker that Gavin’s body had been found inside the flat. Officers found the victim with a stab wound to his side which had cut through his rib, liver and aorta.

An investigation was launched, and police initially arrested Barker – who was at the flat when officers arrived – on suspicion of murder.

Detectives then carried out house-to-house enquiries and followed a CCTV trail that placed Barker with Goldsmith on the morning of Gavin’s killing.

Officers also seized footage of Goldsmith boarding a bus at Waterloo Place shortly after the incident, in which he had changed his clothing and continually turned to look out of the vehicle’s rear window whilst drinking a bottle of wine.

Goldsmith, of Wayman Street, Sunderland was subsequently arrested and both he and Barker, of Trafalgar Road, Sunderland, were later charged with murder.

Both denied the charge, stating Moon had reacted angrily after returning home and discovering they had stolen a quantity of drugs that belonged to him.

Goldsmith claimed his actions were in self-defence, while Barker denied seeing a knife.

In a statement released after the pair's conviction, Gavin's family said the conviction has brought "some comfort".

They said: "Gavin’s murder has left a whole in our family that cannot be filled.

The trial of Barker and Goldsmith has been a painful process for our family to go through as we endured details of how Gavin came to die.

As a family we thank the jury for their verdicts in this case. No sentence can reflect the pain we feel as a family however knowing that justice has been served brings some comfort."

Barker and Goldsmith were remanded in custody and will be sentenced on a date yet to be confirmed.