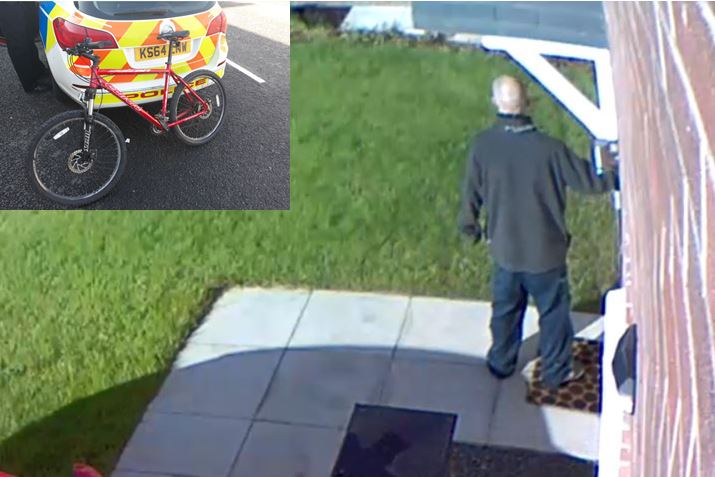 'We make no apology for our zero-tolerance approach': Brazen burglar who targeted 11 homes on the same morning convicted

Daniel Bates, 37, admitted two counts of burglary and nine counts of attempted burglary following his crime spree on the morning of June 5

A brazen burglar who targeted almost a dozen houses in the Houghton-le-Spring area on the same morning has been convicted.

Daniel Bates, 37, prowled around the Rainton Meadows estate shortly before 8am on June 5 this year.

The light-fingered thief stole a red Carrera Vulcan mountain bike from a garage of a property on Syston Close, and also entered a house on Greenfield Way with the intention of burgling it.

However, after he was disturbed by an occupant who was at home caring for a new-born baby, Bates fled – only to try the doors of a number of other houses and vehicles nearby.

Last Thursday, (July4), Bates pleaded guilty to all 11 offences at Newcastle Crown Court. He is due to be sentenced next month.

“He frightened a number of occupants in a quiet residential area as he went door-to-door looking for a quick win. He tried to break into a number of addresses and vehicles with the intention of getting his hands on anything he could.

“He forced his way into one property on Greenfield Way and terrified the occupant who was at home with her young child, and then made away with a red mountain bike which he stole from a garage of a nearby address.

“However, as he rode away with the bike, he was spotted by a passing officer on patrol. Police were quickly made aware of Bates’ actions earlier that morning, and he was subsequently arrested.

“We make no apology for our zero-tolerance approach towards this kind of criminality. Burglary is such an intrusive crime and can have a lasting effect on victims and their families.

“Bates is the latest criminal to be taken off our streets, and our dedicated Southern burglary team based at Southwick Police Station will continue to analyse every incident reported to us, actively hunt perpetrators and bring them to justice.”