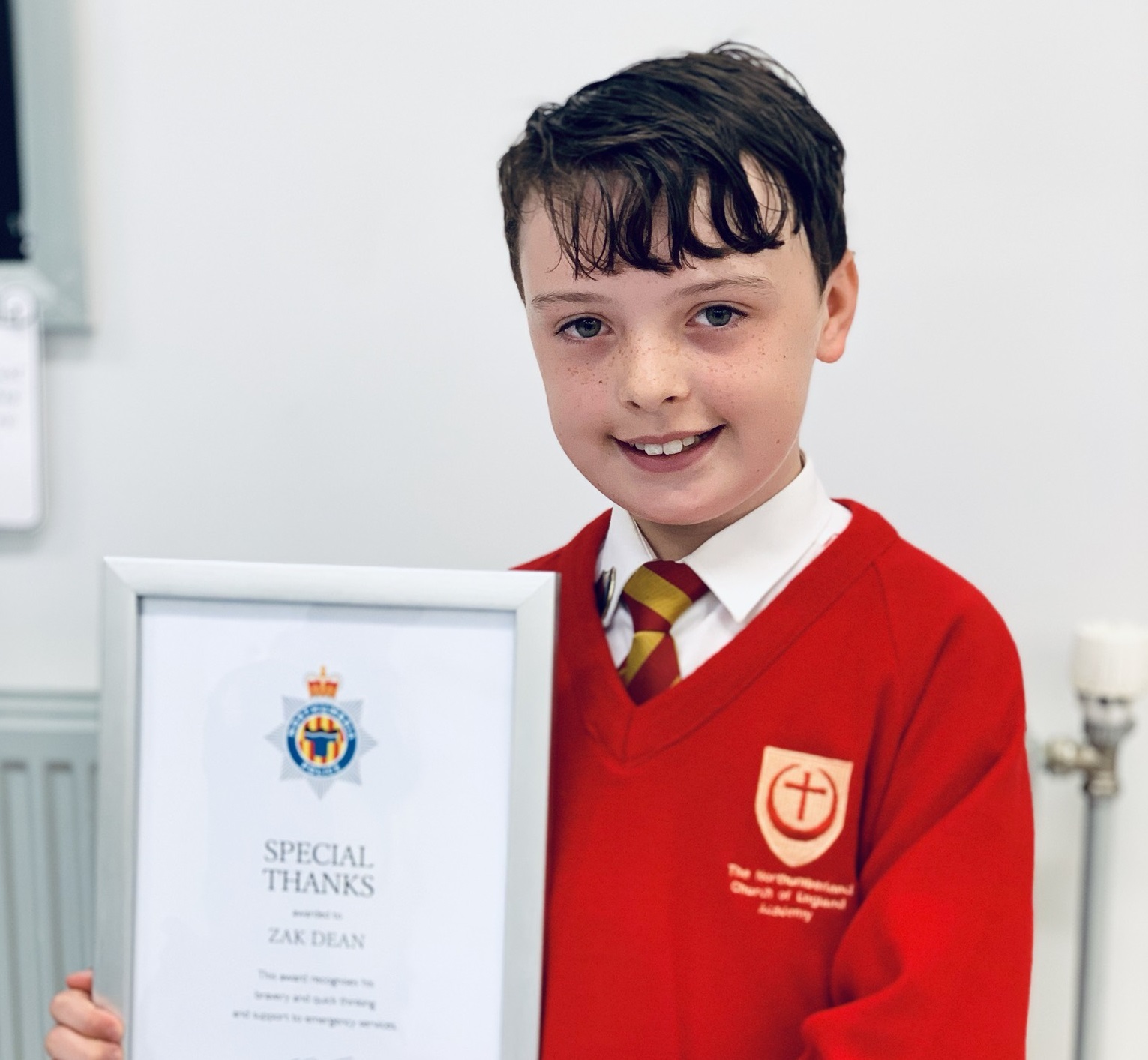 Zak Dean was out playing in a park last month when he saw smoke and flames coming from the roof of a house on Rowlington Terrace in Ashington.

Zak and two of his friends ran to see where the flames were coming from and quickly realised they needed to get help.

Luckily for the homeowners, the heroic schoolboy had just recently received a workshop at SafetyWorks! where Zak and his fellow pupils learned about what to do in an emergency and how to call emergency services for help.

Zak said: “I remembered what the officer told me and knew I had to call 999 to get the fire brigade and maybe an ambulance. I told them what I saw and roughly where we were and they were able to track my location with the phone and came straight away. We kept screaming ‘fire!’ to warn anyone who might have been in the house to get out.”

Superintendent Helen Anderson, of Northumbria Police, who presented Zak with his commendation, said: “It is a delight to be able to present Zak with his commendation on behalf of the Chief Constable. He has a natural instinct to help people and his actions were incredibly brave. We could certainly use someone with Zak’s kind heart and quick thinking within the emergency services when he grows up.”

PCSO Lisa Auld, the officer who taught the session, said: “Zak’s quick thinking on the phone was fantastic. He stayed calmed and I’m incredibly proud of how he used his knowledge from the workshop- and he should be too.”

Safetyworks!, where the workshop was held, is a multi-agency interactive safety centre serving the community of Tyne & Wear.  It provides an innovative, enjoyable learning experience enabling visitors to participate safely in realistic situations illustrating everyday hazards and how to prevent them. SafetyWorks! is operated and managed by Tyne & Wear Fire & Rescue Service.

Grant Brotherton, Head of Prevention and Education at Tyne and Wear Fire and Rescue Service said: “Many people panic when they see a fire and don’t know what to do so it’s really great to hear that Zak knew exactly what to do because of his visit to Safetyworks! We receive lots of positive feedback from schools and pupils who visit the centre, but this is an excellent example of where our interactive learning has been put into action – with such a fantastic outcome.”

Zak’s parents, mum Claire and dad Bill, talked of their pride. Claire said: “We’re so proud of Zak and how he acted. I can’t quite believe how well he remembered what he had learned in the safety session and what to do. We’re just so unbelievably proud of him and just love him to bits.”

Mrs Mullen, the Head Teacher of James Knott Campus, Bishop’s Primary School, said: “We are delighted Zak has received an award for his actions and the whole school is incredibly proud of him. It’s great to see the positive impact SafetyWorks! has and how much the children learn when they’re there- I’d definitely recommend it to other schools.”

Zak finished by saying: “I’m glad I was able to help and I’m now even more confident to call 999 in an emergency. They’re all here to help and were really nice on the phone. I’m just happy everyone was ok.”

There are many ways the public can report something to police; via our website www.northumbria.police.uk or by dialling 101, but as Zak proved- you should always call 999 in an emergency. 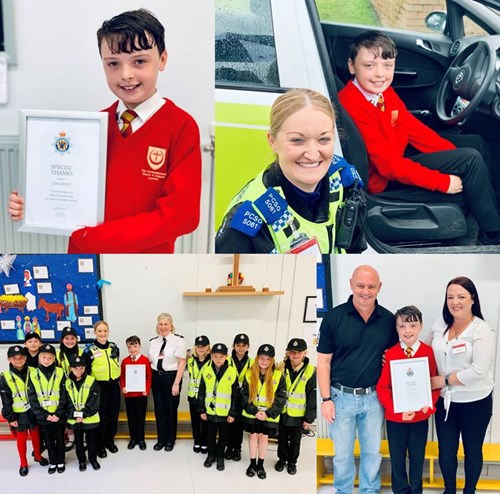