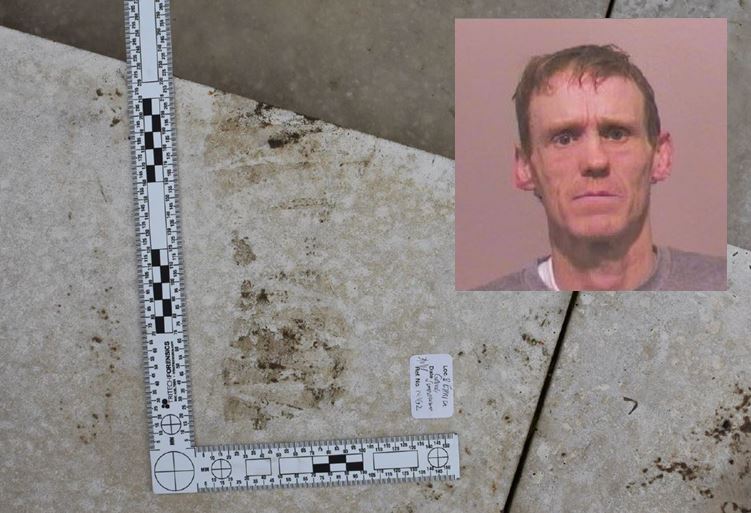 Anthony Sloanes, 48, pleaded guilty to theft and attempted burglary at Newcastle Crown Court & has been jailed

A blundering thief who left muddy footprints outside the home he tried to burgle has been jailed.

Anthony Sloanes, 48, attempted to break in to a house on Ettrick Grove, Sunderland, in the early hours of November 3 last year.

The occupants slept upstairs as he tried to get inside the property using a spade he had stolen from a nearby shed.

But after inadvertently waking the homeowner and making off empty-handed, Sloanes left his muddy footprints smeared outside the house which were later analysed by crime scene investigators.

Sloanes was arrested by police nearby shortly after the offence, and while in custody, his footwear was seized by officers.

And the smeared marks outside the property soon came back as a forensic match to the shoes that Sloanes wore on the night in question.

He was subsequently jailed for two years and three months.

Detective Constable Neil Swainston, of Northumbria Police, said: “Anthony Sloanes is a serial criminal who tried to break into a family home in the dead of night.

“Burglary is such a personal and intrusive crime that can have a significant effect on victims. Home should be your safe haven, so I would like to praise the victims in this case for their cooperation throughout this case.

“This is yet another example of how advancements in forensic analysis help tighten the net on criminals. The tiniest trace of blood, saliva, bodily fluid – or in this case the smallest footprint – can now be detected and used as evidence to prove a person’s guilty.

“We offer no apology for our robust approach to dealing with this kind of criminality, and would like to reassure members of our community that we will continue to do everything we can to bring offenders to justice.”

In a victim impact statement, the occupants of the property said they have been left “extremely angry” by the incident.

“At the time, I was home but so was my young daughter,” the victim said. “What would have happened if only my wife and daughter were present and what impact will this now have on them?

“I am in no doubt that my wife will want to move and my daughter will more than likely not feel safe. This is such a personal crime and I cannot believe someone would do this to me.”