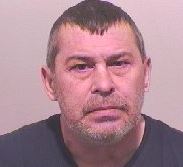 A brazen burglar who treated himself to tea at Burger King with the bank card he had just stolen has been jailed for more than three years.

Steven Spencer, 49, went on a mini-shopping spree just hours after raiding a home on St Luke’s Road, Sunderland, in March this year.

The thief sneaked into the property while the occupants were inside and made away with a wallet and purse. He then used the stolen cards to spend over £100 on goods including clothes, beer and chocolate.

He also bought a meal deal at Burger King during his hour-long spending splurge, before the quick-fire transactions prompted a suspicious alert sent to the victim by the bank.

In April this year Spencer admitted two counts of burglary and three charges of fraud by false representation at Newcastle Crown Court.

And now Spencer, of Front Road, Ford Estate, Sunderland, has been jailed for three-and-a-half years after appearing before the same court on Friday.

Detective Constable Alex Hadwin, of Northumbria Police, said: “Knowing an intruder has sneaked into your home can be incredibly unnerving for a victim, given the highly-intrusive nature of the crime.

“Steven Spencer showed little regard for his victims and then had the audacity to go to the pub and Burger King to spend their hard-earned money as part of an opportunistic spending spree.

“His selfish actions were totally unacceptable. I would like to reassure our communities that we are committed to tackling burglary and will actively pursue burglars to ensure they are brought to justice.

“Quite often, these types of incidents that we deal with at this time of year involve doors or windows not being locked or valuables being left on display.

“I would therefore ask residents to take an extra moment to check their front doors or locked, and make sure possessions such as bags, wallets and car keys are kept out of view and away from front doors or open windows.”

The court was told Spencer broke into a house on St Luke’s Road on the afternoon of March 9 and snatched a wallet and purse.

Hours later, the victim received a text from his bank alerting him to a suspicious transaction that had been made at News & Booze, in the Bridges Shopping Centre.

After finding his wallet had been stolen, the victim checked his recent history to find further transactions totalling more than £100 had been made at JD Sport, Boots and Wilko.

Spencer had also spent £7.69 at Burger King shortly after treating himself to a rum and coke at a local pub.

Shortly after, the victim’s partner realised her purse had also disappeared from the address – with fraudulent transactions also made from her account to the value of £29.10.

Officers seized CCTV footage that showed Spencer using the stolen card in a number of premises, the thief was arrested and later charged with burglary and fraud offences.

He was also charged with a second burglary, which occurred on St Luke’s Terrace on February 23, after his blood was found on a broken window.

At an earlier hearing Spencer, who has nine previous burglary convictions, had pleaded guilty to two counts of burglary and three counts of fraud by false representation.