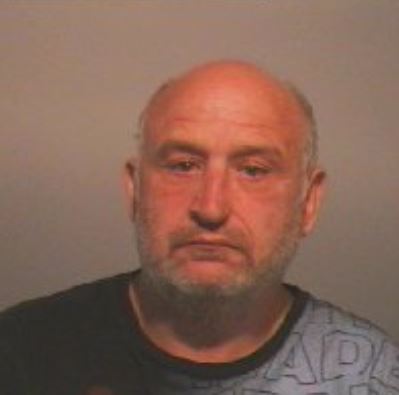 Detectives hunting for a fugitive in Newcastle have made a fresh appeal for information.

Earlier this year officers released a picture of John Tams as they wanted to trace him as part of an ongoing investigation.

The 56-year-old man is alleged to have committed a number of offences including stalking and making threats to kill a woman in Newcastle.

However, he had avoided repeated attempts by police to contact him and is now actively avoiding detectives.

Enquiries to trace him are ongoing and now officers are again asking the local community for support.

Tams is from the Benwell area of Newcastle but is also known to have been staying in the Berwick area of Northumberland.

Detective Chief Inspector Paul Knox has now asked those close to John Tams to "do the right thing" and speak to police.

He said: "John Tams has been wanted now for more than five months and continues to avoid attempts by police to speak to him.

"He is wanted in connection with a serious offence and it is important that he is interviewed in regards to the allegations.

"Nobody can stay on the run forever and it will be better for him if he hands himself in to police sooner rather than later.

"Enquiries to trace him are very much ongoing and we would once again ask the public to be on the lookout for him.

"Anyone who sees a man matching his description, or has information about his whereabouts, should call police immediately.

"If you are helping him evade police then you could be committing a criminal offence so I urge you to do the right thing and get in touch."

Tams, of Fergusons Lane, Benwell, is described as white, around 5ft9in tall, with short grey hair and of stocky build.

Anyone who sees him, or knows his whereabouts, should not approach him and instead call 999 quoting reference 47743.

You can also report information online at the Northumbria Police website, by emailing central.intelligence@northumbria.pnn.police.uk.

You can also report information anonymously by calling Crimestoppers on 0800 555 111.