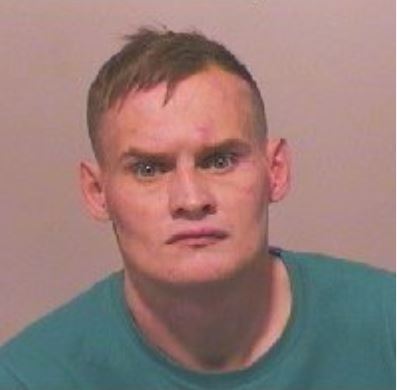 Jamie Lee, 29, has returned to prison after breaching his licence conditions following his release last month

A fugitive was left red-faced when he asked two commuters for their help evading police – after the pair turned out to be undercover cops.

Jamie Lee, 29, received a 15-month sentence after he was convicted of burglary following a hearing at Newcastle Crown Court in October 2018.

After breaching his licence conditions following his release from jail last month (May), Lee was served with a prison recall – but continued to evade officers over a number of weeks.

However, the South Shields resident got more than he bargained for on Saturday (June 15) as he boarded a Metro train heading towards Monument without paying for a ticket.

As he got off the train in Newcastle city centre, Lee confessed to two passengers that he was wanted by police, so wanted to know if officers were at the top of the escalators checking tickets.

But little did he know, Lee’s newly-made acquaintances were actually plain-clothed cops, who subsequently arrested him.

Sergeant Tim Hand, of Northumbria Police’s Metro Unit, said:
“Jamie Lee was a wanted man who had tried to avoid detection for a number of weeks.

“But his deceit certainly caught up with him at the weekend when he illegally boarded a Metro train and tried to avoid paying the fare.

“In doing so, he didn’t realise that the passengers he had approached were actually police officers, who were more than happy to re-arrest him and put him back before the courts.

“We have a team of plain-clothed and uniformed officers who carry out regular patrols at Metro stations across the network, as well as on-board trains to ensure the safety of passengers.

“We will continue to work in partnership with Nexus to ensure the Metro system remains a safe and enjoyable service for everyone.”

Lee, of Marsden Road, South Shields, has since returned to prison.

A spokesperson for the Tyne and Wear Metro said: “This is one passenger who certainly got more than he bargained for when he decided it was a good idea to dodge his fare.

“There are unformed and plain clothed police regularly patrolling on our network alongside record levels of frontline customer service staff.

“We invest more than a million pounds on a dedicated Metro unit who target anti-social behaviour and fare evasion.

“Crime on Metro is low but when it does occur it gets dealt with swiftly, as we have seen in this particular case.”