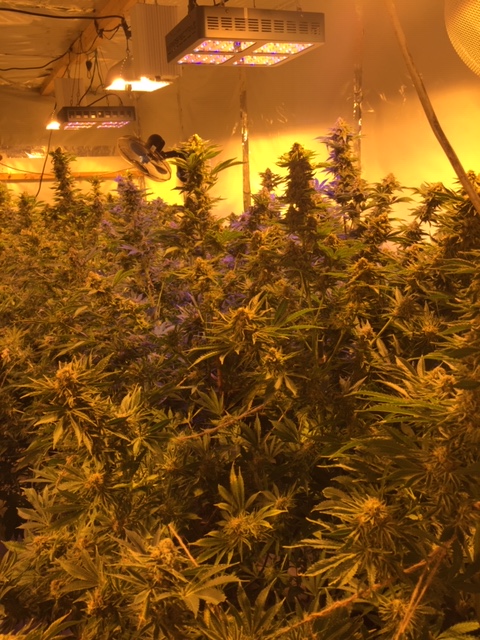 An industrial-scale cannabis farm worth tens of thousands of pounds has been seized by police.

Yesterday (Tuesday), police executed a search warrant at an address on Hudson Street in South Shields.

During the morning raid, officers found a large cannabis farm with an estimated value of up to £90,000. The plants have been seized and will be destroyed.

The electric had also been bypassed at the address to evade capture – and avoid a big energy bell.

Sergeant Dave Green, of Northumbria Police, revealed enquiries into the discovery are ongoing and said cannabis farms of this nature can potentially be fatal for neighbouring residents.

“This was a significant discovery with a huge number of plants found in various stages of growth. It was clearly a large-scale criminal operation.

“Thankfully, we have now taken action to prevent offenders from making any further financial gain from this property. Officers remain at the scene as the clean-up operation continues and to carry out enquiries.

“These kind of operations can be sophisticated in nature and often have links to organised crime. It is therefore important that these illegal drugs are found, destroyed and taken off the streets of South Tyneside.

“The electric had also been bypassed at the address, which is not only illegal, but could have potentially fatal consequences for the occupants and those living in neighbouring properties.

“Nobody wants to live near a potential death-trap, as these cannabis farms can so often be. I would encourage anybody who believes somebody is using a property for this purpose to contact police.”

A 51-year-old man was yesterday arrested on suspicion of producing a controlled drug. He has since been released under investigation and enquiries are ongoing.