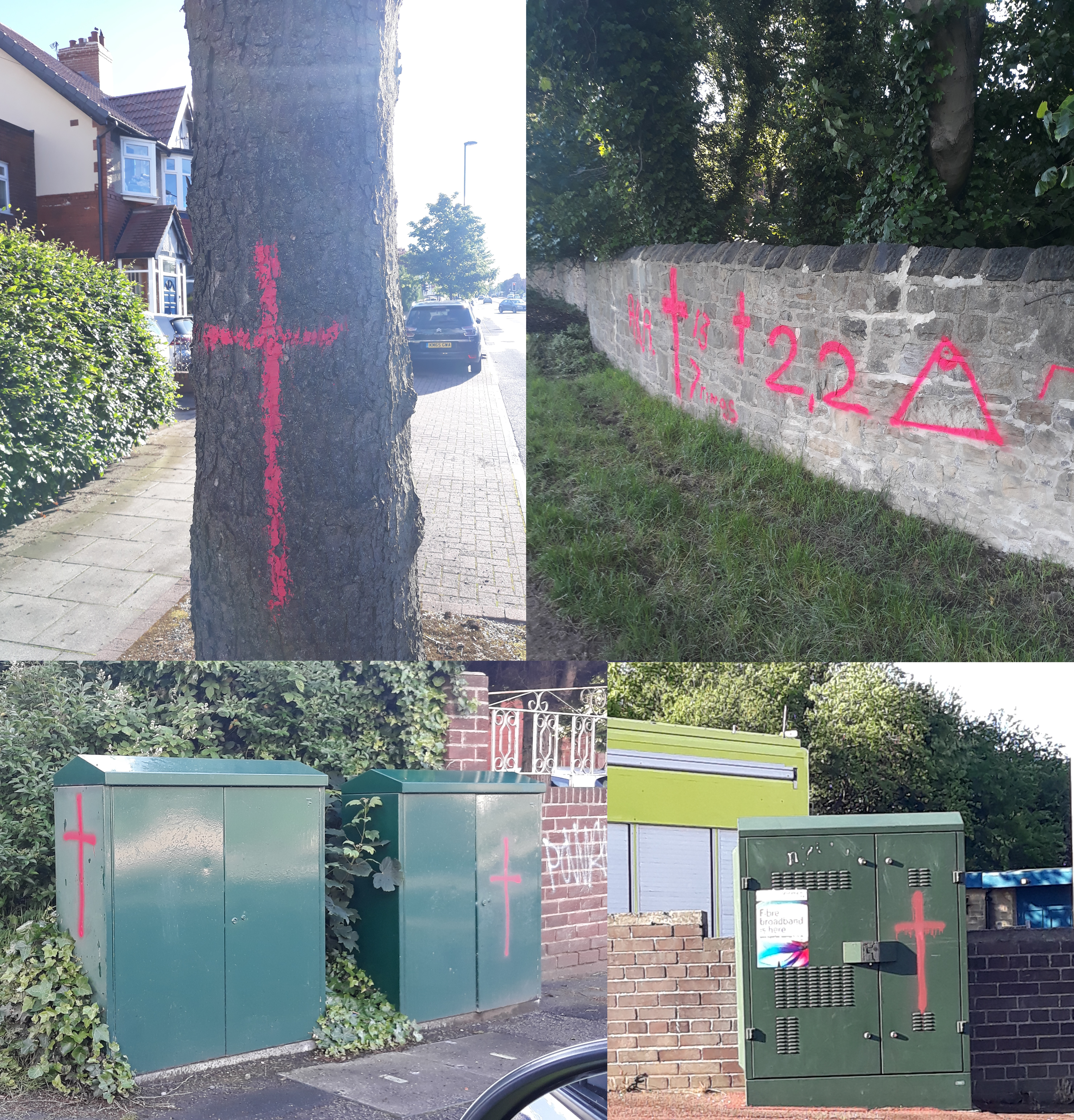 A suspected vandal will appear in court after being charged as part of a police investigation into 60 cases of graffiti in Newcastle.

Since the beginning of the year both police and the city council have received numerous reports of pink crosses being spray painted in public places.

The distinctive ‘tag’ has been sprayed on signs and walls across Kenton, Fawdon and Gosforth. It has also been seen in the West End of the city.

In total it is believed there has been more than 60 incidents of the pink crosses being daubed on public property.

The most recent incident was on Sunday when a passer-by on Grandstand Road reported that someone was spraying the distinctive tags on a wall.

A 41-year-old man was later arrested and now he has been charged with a number of offences of criminal damage.

Neighbourhood Sergeant Ashley Palmer said the graffiti was an “eye sore” and had been reported by lots of residents in recent months.

She said: “Residents across the north of Newcastle will probably have seen this graffiti at some point in recent months.

“They create an eye sore in our local community and puts a drain on the local authority who have to clean it up.

“We believe there are as many as 60 different sites where this graffiti has been painted and it is completely unacceptable.

“Enquiries into the vandalism is ongoing but one person has been charged and I hope that officers the public some reassurance.”

The man arrested by police is due to appear before North Tyneside Magistrates’ Court on July 3.

He has been charged with three counts of criminal damage but a number of further incidents will be taken into consideration at court.

If you want to report general graffiti in your community then contact your local council and they can decide if the police need to be contacted.

A spokesperson for Newcastle City Council said: “Graffiti can be a major issue for our communities and we will always aim to remove offensive or abusive graffiti as quickly as possible.

“Other graffiti on council-owned structures is removed when possible. To report graffiti call 01912787878 and ask for Envirocall or visit www.newcastle.gov.uk.”